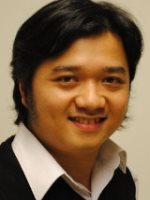 Schizophrenia (SZ) and bipolar disorder (BD) are highly heritable mental disorders. Studies using either structural MRI or functional MRI have provided evidence on brain structural and functional alterations in these disorders. Nevertheless, the complex dynamics and interactions of the brain structure and function in psychotic disorders necessitate investigations using multimodal imaging data and multivariate techniques to gain further insights on the underlying pathophysiology.

Alzheimer’s disease (AD) is the most common form of neurodegenerative disease and is characterized by impairment of memory and disturbances in reasoning, planning, language and perception. The brain alterations in AD appear years before the onset of symptoms warranting a disease diagnosis. Using a similar multivariate analysis approach, we tested the hypothesis that AD and its putative clinical precursors, subjective (SCI) and mild (MCI) cognitive impairment, are associated with characteristic modes of clinically informative brain morphometric variability. Preliminary results revealed a characteristic pattern of co-occurring medial temporal thickness and gray matter density decreases which differentiated between AD, MCI and SCI and showed sensitivity to cognitive status within Groups.

To assess the specificity of brain patterns found in the studies outlined above, as one of the next steps, we plan to perform an across-diagnosis study, including SZ, BD and AD in the same analysis framework. This study would allow us to assess the commonalities and differences between mental disorders and AD, thus advancing our understanding of the brain morphology in both disorders.