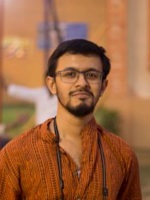 Epigenetics is the study of modifications of DNA structure without altering the DNA sequence, that lead to changes in gene regulation. DNA methylation is a well-documented epigenetic modification of the genome. It involves the methylation of a specific nucleotide residue: cytosine, which causes genomic changes that can result for instance in gene silencing.

Some of the regions of the genome that are methylated show differences in the methylation between species, related species, between individuals as well as between tissues.  These regions with variable methylation are termed differentially methylated regions (DMRs). DMRs are playing a role in tissue specific differentiation and they could influence traits such as brain structure or inter-individual variation in response to environmental exposure.

However, investigating the role of GxE in complex neuropsychological diseases like schizophrenia has been difficult because of the polygenic nature of the disease. Existing literature points to the influence of environmental factors such as childhood trauma, cannabis consumption, adolescent males, immigrants and urban living environment as environmental risk factors for schizophrenia. But exactly how these environmental risks are influencing the genotype remains unknown.

The goals of my project are: