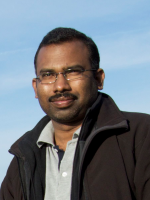 Understanding human brain is one of the greatest scientific challenges. An array of complex interactions between genes and environment are at play. One needs to analyze the relationships between behavioral traits, genes, and brain structure to fully understand its function. Functional Magnetic Resonance Imaging was responsible for much of the recent growth of human neuroscience research. Twin studies have shown many psychological functions to be heritable.

Notably, brain imaging offers an efficient approach to discover genes involved in mental illness as many brain measures are consistently reported as affected in psychiatric cohort studies. This approach of cognitive and brain imaging measures as so called intermediate or endophenotypes may help us to understand the factors mediating the effects of genetic risk variants to psychiatric illnesses.

The major focus of my work involves the study of how individual genetic differences lead to differences in brain wiring, structure, and intellectual function. In a recent paper (1) from our group we reported novel genetic variants associated with a whole brain index reflecting structural integrity of the myelin and a processing speed task. Myelin ensheathment provides electrical insulation to nerve axons, which is necessary for synchronized information processing in the brain. Information processing is a fundamental capacity and correlates with performance on different cognitive tasks.