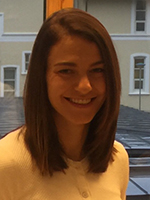 Auditory hallucinations, the experience of hearing sounds or voices that have no real origin in the outside world, are one of the main symptoms in schizophrenia and related psychotic disorders [1]. This phenomenon can lead to great individual suffering as well as risk of harm to self and others, also because of the sometimes commanding and destructive nature of hallucinations. The only medications that have proven to be highly effective in treating hallucinations and other symptoms of reality distortion are antipsychotic drugs. However, it is still impossible to predict which antipsychotic medication would benefit the best for each patient.

Several factors may contribute to this unpredictability. Individuals with schizophrenia and related disorders have different combinations of symptoms [2]. Current research typically investigates the effect of antipsychotic drugs on the combination of several symptoms, instead of focusing on a single symptom such as hallucinations [1]. In that way, there is a risk that potentially different effects of antipsychotics on different single symptoms are obscured.

Furthermore, the biological mechanisms underlying hallucinations are far from clear. Brain imaging techniques such as functional magnetic resonance imaging (fMRI) may provide new knowledge regarding processes in the brain that are responsible for auditory hallucinations and how antipsychotic medication affects these symptoms. Still, there is an apparent lack of knowledge in this field and a need for further clinical and fMRI studies.