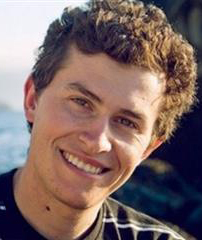 Schizophrenia and bipolar disorder are highly heritable mental disorders which tend to run in families. Studies of twins have shown that the chance of developing these illnesses is 40-50 % if you have an identical twin with one of these disorders. However, the latest genetic studies, genome-wide association studies [1], have only succeeded in explaining a small part of this heritability. In other words, we know that these disorders are heritable, but we still do not know all genes that are involved. This phenomenon is known as missing heritability. One approach to this problem is to include more individuals in the genetic analysis used in genome-wide association studies, since this increases the statistical power to detect genes with small effects. Another complementary approach is to improve the statistical tools that we use to analyze the findings obtained in genome-wide association studies.

In my post doc project, we will develop a novel statistical technique that includes findings from genome-wide association studies of both schizophrenia and bipolar disorder and not only one of them. By doing so, we take advantage of the so-called pleiotropy between these disorders (the fact that one single gene may be responsible for more than one effect) to identify additional risk factors for developing one of the disorders.

From a statistical point of view there are several challenges with analysis of genetic data. Particularly, we need to consider that sets of genes on the same chromosome are typically inherited together (the linkage disequilibrium structure). This implies that when we observe a relationship between a set of genes and a disease, we do not know which of the genes that is actually the risk of the disease. Nevertheless, better statistical tools can give us an increased understanding of the genetic architecture of complex psychiatric illnesses, and eventually lead to discovery of novel antipsychotic medications.