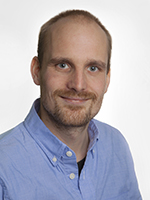 My main area of interest is brain development and mental health in adolescence.

Adolescence is a major period of human development, in which biological, psychological and social changes bring about the transition from childhood into young adulthood. While these profound changes engender a period of relative instability, they also offer a major window for growth, adaptation and opportunities. For most individuals, adolescence results in successful acquirement of skills and coping strategies required for adulthood. However, it is also a period in which many mental disorders emerge for the first time (Paus, 2008). And for many, these issues persist into adulthood.

We don’t know why some individuals experience symptoms and illness, and why others don’t. The available evidence strongly supports a neurodevelopmental origin (Insel, 2010). A major goal for my research is therefore to help identify vulnerabilities in the young brain before the onset of symptoms and illness, and to understand what constitutes healthy brain development during this transitional life phase.

Unfortunately, most clinical neuroimaging research has focused on chronic stages of mental illness in adults, limiting our understanding of lifespan dynamics and the role of aberrant brain development. While large-scale case-control studies have demonstrated remarkable consistency with respect to the regional patterns of mean differences between groups of patients and controls, we recently showed that these changes are associated with substantial heterogeneity in patients (Alnæs, 2019). There may be a great potential for insights into the pathophysiology of mental disease by investigating brain development in healthy children and adolescents, as well as those presenting with sub-clinical expression of disease.

In line with this, I recently published a study where I investigated patterns of symptoms of mental illness in a large cohort of children and adolescents, and found that individual differences in symptom burden can be expressed as a cross-diagnostic and dimensional score, which is heritable and associated with brain white matter structural connections in the developing brain (Alnæs, 2018). This means that everyone can be understood as having different degrees of vulnerability for symptoms and illness, which is partly explained by genetics. In the same cohort we found that the stability of the brain’s functional connections increase during adolescence, but is delayed in adolescents with increased symptom levels (Kaufmann, 2017).