Award for research on women’s health

Professor Johanne Sundby received The Norwegian Women’s Public Health Association award for her work for women’s health. Sundby has devoted her career to diminish inequalities in health, both in Norway and Internationally. 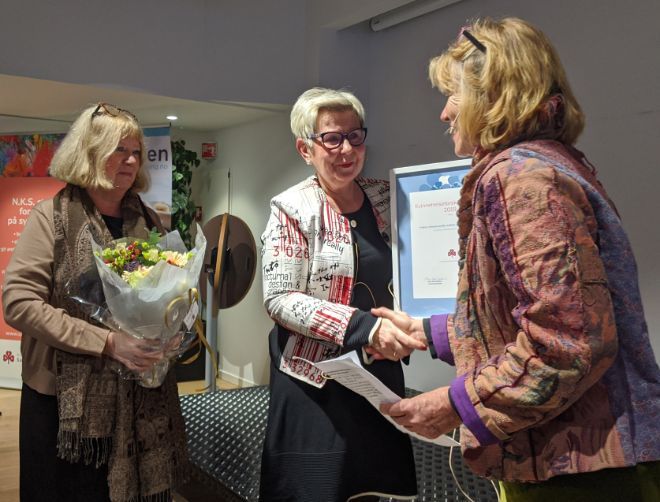 Why do more women than men get breast cancer and why do more men than women commit suicide? These questions concern Sundby. The knowledge base for modern medicine stems largely from 75 kg males. Diseases that typically affect women and  maternity health are still less prioritised.

“Even those who are not concerned with gender issues, inequalities in health affects all of us. Men and women are different, biologically and socially. This has implications and the inequalities we see in health are largely due to these differences. These perspectives need to be more strongly incorporated in education and science,” Sundby says.

Sundby is an educated doctor, specialised in obstetrics and gynaecology. An important part of her work involves capacity building and maternity health internationally, with a particular focus on Africa and Asia. Women’s health also has attention through her roles as a supervisor and lecturer at UiO’s master program in International Community Health and through the medical school.  In 1999, she led the work on a NOU on Women’s health. In 2018, she contributed to The Research Council of Norway’s report on the topic.

“Women’s health is an important political issue. To me, it has been vital to work on behalf of the weakest among us, those who do not have a voice, and with the difficult questions,” Sundby says.

The women’s health research award is given yearly and contains a diploma and 100 000 Norwegian kroner.