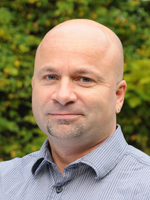 Frode Veggeland is cand. polit. in political science (1997) and dr. polit. in political science  (2004) from the University of Oslo. In 2011 he was evaluated by an external committee to qualify for a professor position. Veggeland has previously been employed by the Norwegian Agricultural Economics Research Institute (1999-2013), Arena – Centre for European Studies (2008-2009) and the Department of Political Science, University of Oslo (1997-1999 and 2006-2008).  In 2006 he worked as the Head of the Secretariat of the Governmental Commission, which from 1. June until 31.December investigated the outbreak of E.coli O103 in Norway in Winter/Spring 2006.