The NORCCAP- study (NORwegian Colorectal CAncer Prevention) including 100.000 participants shows that flexible sigmoidoscopy screening reduces the risk of colorectal cancer by 20 %. The results are published on August 13th in one of the most prestigious general medical journals; JAMA (Journal of the American Medical Association) 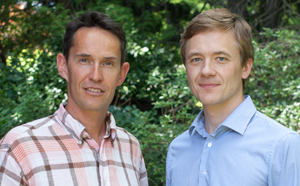 Colorectal cancer is the second most common cancer in Norway, with more than 3,600 new cases each year. The disease affects both men and women. Approximately 40-50 % of patients with colorectal cancer die from the disease.

Colorectal cancer screening programs have been introduced in several countries in Europe, and in the United States. In Norway, the South-Eastern Regional Health Authority initiated a national pilot on screening for colorectal cancer in the Vestre Viken and Østfold health regions, respectively, in 2012.

The NORCCAP- study was initiated in 1999, with financial support from the Norwegian Ministry of Health and The Norwegian Cancer Society. 100,000 presumptively healthy men and women aged 50-64 years from the population of the city of Oslo and Telemark county, respectively, were drawn from the Norwegian Population Registry.  Of those, 21.000 were randomized to screening and invited to flexible sigmoidoscopy. The rest did not receive any intervention/screening (control group). Among the ones who received an invitation to undergo screening, 50 % were also asked to deliver a stool sample for detection of occult blood (fecal occult blood test, FOBT). The screening examinations were conducted at Ullevål Hospital in Oslo and Telemark Hospital in Porsgrunn from 1999 to 2001. All individuals were followed until December 2011.

After 11 years follow-up, the incidence of colorectal cancer in the group invited to screening was reduced by 20 % (hazard rate 0,8 (95 % CI 0,7-0,92)), and colorectal cancer mortality was reduced by 27 % (hazard rate 0,73 (95 % CI 0,56-0,94)). The results indicate a somewhat greater screening effect in men compared with women. Sigmoidoscopy screening and FOBT combined was not more effective than sigmoidoscopy screening alone. Screening was equally effective for the age group 50-54 as for those older than 54 years.

The article in JAMA is written by researchers from the Clinical Effectiveness research group at the University of Oslo and Oslo University Hospital, and the Cancer Registry of Norway, Telemark Hospital, Sørlandet Hospital, Umeå University and Harvard School of Public Health.