M.Sc. Kjersti Stormark Rabanal at Institute of Health and Society will be defending the thesis "Cardiovascular disease and ethnicity - Focus on the high risk of CVD among South Asians living in Norway and New Zealand" for the degree of PhD. 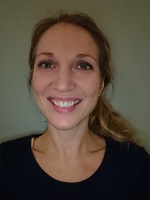 The burden of cardiovascular disease differed between immigrant groups in Norway. South Asians had more than double the risk of myocardial infarction compared to Norwegian-born, and an increased risk of stroke. Immigrants from the Former Yugoslavia also had an increased risk of CVD, while immigrants from East Asian countries had reduced risk of myocardial infarction compared to Norwegian-born. Diabetes and cholesterol partly explained the increased risk of CVD in South Asians in Norway and New Zealand. The Framingham model predicted the risk of CVD reasonably well in Indian men in New Zealand, but overestimated the risk in Indian women and in European men and women.