The Ebola vaccine has arrived

Studies show the success of the first effective vaccine against Ebola. This means that the outbreak in Guinea can be brought to an end in a couple of months. 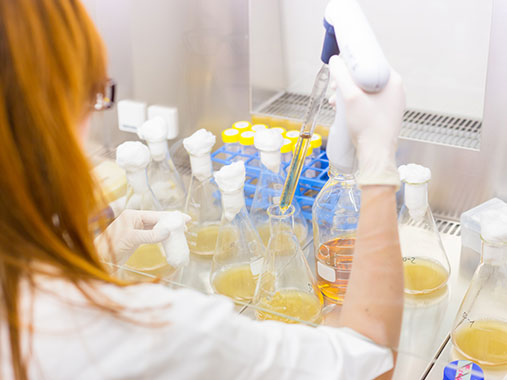 The Ebola virus causes a deadly disease. However this vaccine might really reach the people with the most need. Photo: Colourbox

The process from research trials to results has proceeded with record speed. It is highly unusual for a vaccine to be tested in so short a time ‒ and to yield such good results.

“This is more than we could have hoped for,” says John-Arne Røttingen, head of the study’s steering committee.

The Director of the Division of Infectious Disease Control at the Norwegian Institute of Public Health believes that we now have the opportunity to combat Ebola.

John-Arne Røttingen, Director of the Division of Infectious Disease Control at the Norwegian Institute of Public Health and Adjunct Professor of Health Policy at the University of Oslo, and of Global Health at Harvard T.H. Chan School of Public Health, has been a key driver in ensuring that the trials went ahead quickly.

However, he tells us that the vaccine itself had existed for several years since its development at the Canadian Institute of Population and Public Health, and had only been tested on monkeys. When Ebola broke out, another long period passed before a coordinated research and development body was set in train with a parallel vaccination programme.

“It was after a meeting with WHO, following which we put together a working group, that we decided to really make this happen,” he says. “The high-level collaboration has been absolutely crucial to achieving this,” Røttingen tells us.

“The work on finding a vaccine began in September last year. We became involved when the epidemic escalated, and asked for a meeting with WHO in order to test the vaccine in groups to ascertain whether it protected against infection.”

The working group headed by John-Arne Røttingen consisted of representatives from WHO, the Norwegian Ministry of Foreign Affairs, Doctors Without Borders, researchers from universities in the UK, USA and Switzerland, and international health authorities.

“The collaboration between the international partners, with support at the highest level, was crucial in enabling this to be rapidly instigated. There was also a strongly felt wish to perform the work in Guinea, a country that we did not want to leave out, and that was where we wished to focus our effort,” he tells us.

Both before and during the testing the opinions of the fieldworkers were heeded, so that they formulated a strategy to gain trust at an early stage before starting the trials. For that reason, only fieldworkers who know the language and understand and respect the people they encounter took part in the studies.

“This study has been locally based, and we have in no way flaunted logos or other big names during our fieldwork. We began by providing information and communicating first to make sure that this study would be based on trust and that confidential information would be safeguarded. These factors, as well as the voluntary element, have constituted essential ingredients for our success in completing the studies.”

“The population was highly sceptical of the research, but this has now been completely turned around,” says Røttingen, sharing a touching picture from his Twitter account @jarottingen.

It was a tremendous job to complete the study itself. Moreover, those involved had to think quickly and strategically, and to adopt a different approach. Altogether 200 people have worked full-time on this since February, and there have been strict routines and a detailed protocol for ethical control.

“It can usually take ten years to go through the different stages of clinical testing before arriving at a protective vaccine, and then another year before the vaccine is formally approved. Our study was designed to discover an effect equivalent to a 70% reduction, but this would have taken longer. To have achieved 100% protection after one year is far more than we could have hoped for,” says Røttingen.

Initial interim analyses revealed this when Røttingen was in Guinea four weeks ago. ”The results were so convincing that they had to be submitted to our[B2]  independent security and endpoints committee for assessment,” he says.

Such encouraging results have made it unacceptable to continue the tests without administering the vaccine to everyone in the risk group; the independent committee has therefore proposed that the study should continue to offer the vaccine immediately to all those concerned.

A new way of vaccinating

The encouraging research results have made vaccination a truly shared project in which everyone is now on board. Vaccination will now continue so that hopefully the outbreak will be brought to an end in a couple of months.

The news has also spread in Guinea, resulting in queues of health personnel wishing to be vaccinated at the hospital in the capital city of Conakry. At present there is not enough vaccine for everyone, and it must be used on those who are at highest risk by continuing the ring vaccination study and offering the vaccine to personnel working with Ebola patients.

The ring vaccination programme is therefore continuing as previously.

The study has included around 4 000 participants and has worked by vaccinating a ring of people around newly occurring Ebola cases. In this way those in the neighbourhood in which the infected person lives, who are in the high-risk group, are vaccinated. A random fifty per cent of these “rings” are immediately given the vaccine, while the other fifty per cent receive it 21 days later, according to the Norwegian Institute of Public Health.

The number of cases of the disease that occur in the two groups are then compared in order to measure the protective effect of the vaccine, as well as to fulfil the requirements for offering the vaccine to everyone who is included in the trial.

Ring vaccination may prove to be a new design for the future compared with previous approaches to vaccination.

This method has been shown to be successful in that it can be implemented rapidly and includes those who are most at risk. This is how smallpox was eradicated previously.

“There has been an element of luck, and circumstances meant that we had to think differently,” is how Røttingen describes the exciting and demanding work of leading many different researchers who had to cooperate and deal with the situation as they found it.

“We are now continuing the study ‒ a vaccine is never perfect and we need more knowledge,” he continues.

There is every indication that licensing will be granted in 2016, and the vaccine can then be offered on a larger scale.

By Christina Heesch
E-mail this page

The Norwegian Institute of Public Health