Antibiotic resistance is a major global problem. Nevertheless, we should not stop using antibiotics to treat urinary tract infections. 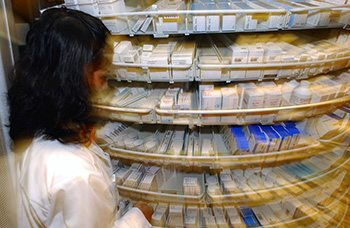 “Antibiotic resistance poses a threat to all forms of modern medicine,” says Ingvild Vik at Helsam. “Cancer treatments, neonatal medicine, organ transplantation and prosthetic surgery all depend on functioning antibiotics. We must be able to prevent and treat infections,” she continues.

Major reason for antibiotic use

In 2010 a German pilot study showed that ibuprofen gave as quick pain relief as antibiotics in women with an uncomplicated urinary tract infection. Ingvild Vik has now conducted a major clinical trial to see whether these findings can be confirmed.

“We know that uncomplicated urinary tract infections in women, such as cystitis, are a self-limiting condition that often clears up by itself. Anyone who has had cystitis knows that it can be very painful and annoying and that antibiotics provide quick symptomatic relief. Women who are encouraged to wait it out and drink a lot of fluids often find that the infection goes away without antibiotics. We therefore wanted to investigate whether a painkiller, ibuprofen, could provide as good symptom relief as antibiotics,” she said.

Vik and her colleagues compared ibuprofen with the antibiotic pivmecillinam. 383 women in Scandinavia participated in the study. 181 patients were given ibuprofen and 178 were given pivmecillinam. Neither the participants nor the doctors treating them knew who received which.

After four days, the status was: 74% of the patients who had received antibiotics felt better, while only 39% of those who had been given ibuprofen felt well.

Complications among the participants given ibuprofen

Previous studies have not shown a high incidence of kidney infections in the placebo groups. Vik and her colleagues therefore wonder whether there may be properties of ibuprofen, a nonsteroidal anti-inflammatory drug (NSAID), that cause some patients to develop more serious complications.

Ibuprofen alone is not recommended

Vik concludes that ibuprofen cannot be recommended as an alternative to antibiotic treatment for women with a urinary tract infection.

By Elin Lunde
E-mail this page