In order to tackle drug-resistant tuberculosis, more focus needs to be placed on social conditions, rather than biomedicine, according to a new study. 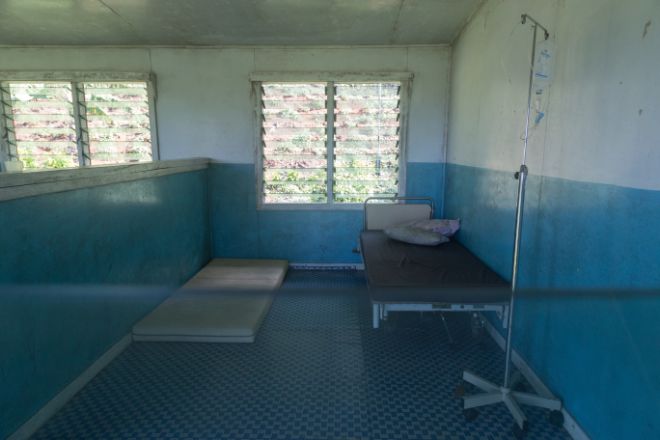 Poverty not only plays a role by incapacitating health systems, but also makes people more vulnerable to drug resistant tuberculosis.

Despite medical research, international focus, and WHO’s goal of creating a world free of tuberculosis, healthcare workers interviewed in a recently published study are not optimistic about the development they see.

Drug-resistant tuberculosis poses a global health threat. WHO reported 558 000 new cases in 2018, with only 55 percent of patients successfully treated.

Bringing the problem under control requires taking a step back from an overwhelming focus on biomedicine, according to a new study recently published in PLOS ONE. Researchers from the University of Oslo and from Addis Ababa University argue that what we need instead is to employ critical thinking on the wider social and structural forces.

Lead author, Kirubel Manyazewal Mussie, is a former master’s student in the International Community Health programme at the Institute of Health and Society, UiO. Through interviews with healthcare personnel in Addis Ababa, Ethiopia, the study finds that healthcare workers have their own perspectives concerning the causes of drug-resistant tuberculosis.

“Drug-resistant tuberculosis strongly correlates with poverty and Ethiopia is among the countries most burdened,” says lead author Kirubel Manyazewal Mussie.

“The effect of implemented strategies to overcome drug-resistant tuberculosis in Sub-Saharan Africa has been controversial for years. Social factors and health workers’ personal experiences and perspectives have hardly been explored,” Kirubel Mussie explains.

Still, little is currently known about the effect of social factors. Instead, there has been an overwhelming support for massive invention and the production of antibiotics and chemotherapies, together with context-insensitive and burdensome treatment procedures. The study aims to fill this research gap.

See it getting worse

“All healthcare workers in the study perceived that the problem is getting worse, exacerbated by socioeconomic factors. Poor nutrition was mentioned as one of several causes, as nutrition plays a part in both preventing a person from getting sick and how well a person will handle the course of treatment,” Mussie explains.

Cramped and tough living conditions, unfavourable work conditions, crowded public transportation, movement of people, poor health communication, and a lack of financial resources to follow through on treatment, are other variables identified as considerable in the spread of the disease.

“It is the existence of such broader factors that makes perceiving drug-resistant tuberculosis as a disease of poverty sensible,” Kirubel Mussie argues.

“Poverty not only plays a role by incapacitating health systems, but also makes people more vulnerable to the disease,” Mussie says.

Lack of biomedical knowledge about the disease

According to the health workers interviewed, the public’s knowledge of drug-resistant tuberculosis, also in areas highly affected, is low. It is common to confuse the disease with the flu or other mild infections where there is no culture of seeking medical treatment. Further, there are practical barriers in consulting health clinics, as it is often a long journey to travel and consequently a loss of work income.

The health workers are also under the impression that patients are generally skeptical or ignorant with regards to modern medicine. They believe that people sometimes give more weight to cultural values than to scientific knowledge.

“Health workers experience that patients and their families often do not take protective measures, even when they are informed of the health consequence of not doing so. Closeness and intimacy among people is important in Ethiopian culture. At the same time, it contributes to the spread of the disease, especially in poorer communities where people live in more crowded environments,” Kirubel Mussie says.

The spread of the disease can be limited by taking protective measures such as using masks and avoiding unprotected physical contact. However, patients and their visitors do not take these measures due to limited knowledge about transmissions and cultural factors that value strong physical and emotional intimacy.

“A lack of clinical knowledge and training makes it difficult for health workers to communicate the consequences and protective measures that can be taken to avoid the disease from spreading. The healthcare providers said they sometimes feel incapable of answering treatment-related questions their patients pose,” says Mussie.

Claiming that poverty is a cause of drug-resistant tuberculosis is controversial, but it should not be, according to the authors of this paper. It is a mere reality that irregular treatment and monotherapy are less likely to occur in well-to-do societies. The same is the case for treatment disruption, which, according to the WHO, plays a significant role in the mechanisms by which tuberculosis become drug-resistant.

“This study confirms that it is impossible to overcome drug-resistant tuberculosis without addressing poverty as a cause of the disease. Taking a step back from an exclusive focus on the biomedical facets of drug-resistant tuberculosis, the public health society and health program planners should acknowledge that broader social and structural barriers are equally important as that which takes place within a person’s biology,” Kirubel Mussie concludes.

“Exploring local realities: Perceptions and experiences of healthcare workers on the management and control of drug-resistant tuberculosis in Addis Ababa, Ethiopia”.

Rigid treatments can cause disease to spread