The association between ethnicity and cardiovascular disease, diabetes and quality of care for diabetes in Oslo 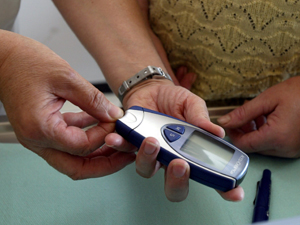 This project examines the prevalence of cardiovascular disease (CVD) by diabetes status in five ethnic minority groups and quality of diabetes care for ethnic minority patients in general practice in Oslo. Data from three population-based studies, conducted between 2000 and 2002, and electronic medical record data from 2006 were used.

In Europe, several reports have shown that the occurrance of cardiovascular disease and diabetes is higher in the ethnic minority groups compared with the general population. In the recent decades, migration to Norway from Asia, Africa, Eastern Europe, and Latin America has taken place. Owing to this fast demographic transition, studies that explore disparities in health and in quality of health care along with ethnic lines are warranted. Our study results may contribute to increased awareness of ethnic differences in the prevalence of cardiovascular disease, associated risk factors and in quality of diabetes care, and these also may influence future strategies aiming at reducing ethnic health inequalities.