This study explores practice and cultural and ideological understandings associated with drug abusers’ participation in volunteer work, a group in society otherwise characterized by social marginalization and stigmatization. 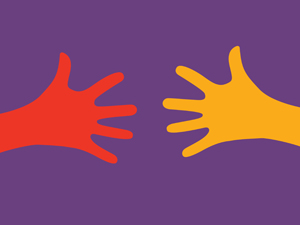 Voluntary associations in Norway have traditionally played an important role as arenas for participation, social integration and trust.

This study explores practice and cultural and ideological understandings associated with drug abusers’ participation in volunteer work, a group in society otherwise characterized by social marginalization and stigmatization. The study looks into recently emerging projects involving both volunteers with and without drug dependency issues who participate in the same arena within and around voluntary welfare initiatives. The objective is to generate new understanding of social integration for drug abusers, an otherwise long term goal within Norwegian drug treatment and prevention policy that so far has appeared difficult to meet.

Of concern to the study will be, how volunteering is done in projects where volunteers are drug abusers, previous drug abusers and others without such experience; the development of roles and transformational potential in changing of roles; and implicit and explicit cultural understandings of volunteering which affect the way in which volunteering is practiced and understood within society.

The project aims to build a greater understanding of social and cultural factors associated with doing volunteer work with the objective of contributing to treatment, rehabilitation and social integration of drug abusers.

The project will be based on qualitative studies carried out at The Church City Mission Oslo (Kirkens Bymisjon Oslo) and the Oslo Red Cross (Oslo Røde Kors).

The Norwegian ExtraFoundation for Health and Rehabilitation