M.Sc. Anna Belfrage at Institute of Basic Medical Sciences will be defending the thesis “Physicians’ perceived mastery of work: predictors and clinical consequences - A 20-year longitudinal study of a nationwide cohort” for the degree of PhD (Philosophiae Doctor). 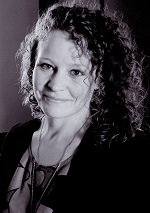 This thesis examines 1) long-term predictors of perceived mastery of clinical work ten and twenty years after medical school, 2) two subgroups, one with low and one with increased perceived mastery over a ten-year period, and 3) the influence of physicians’ own lifestyle habits on their preventive counselling on similar lifestyle habits among their patients. In total 1052 medical students and doctors have been followed up by postal questionnaires at six measurement points over 20 years (between 1993/94 and 2014).

Doctors with a high level of vulnerability personality traits counselled less frequently about physical activity. However, when they themselves were physically active, they counselled more often about exercise. This indicates that other factors, such as doctor’s own lifestyle behavior, can compensate negative effects of their susceptible personality traits.

Vulnerability personality trait consists of items such as fear of being criticized. The findings in this thesis indicate the importance of giving support to medical students and young doctors about handling stressful situations, such as meeting critics. Interventions that promote learning of new skills, and meeting new demanding situations could help them to develop better coping strategies and higher perceived mastery of clinical work.