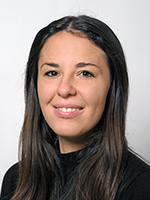 Past research on secretory pathway (SP) provided a deep understanding of the core components that control trafficking between organelles as well as their architecture. However, it is becoming increasingly clear that the SP is subject to regulation by signaling. Much is known on how the secretory pathway responds to external stimuli but our understanding of its autoregulation is less developed. This is mostly due to our ignorance of resident signaling molecules that can potentially trigger homeostasis-maintaining responses.

To systematically assess the extent of kinase/phosphatase signaling at the ER-Golgi interface, an siRNA screen of human phosphatome and kinome for regulators of the functional organization of the ER-Golgi system was previously conducted (Farhan et al., 2010). Among the hits, leukocyte tyrosine kinase (LTK) which was previously reported to partially localize to the ER (Bauskin et al., 1991), emerged as a strong potential regulator of the early SP.

This PhD thesis shows that LTK, unlike most RTKs, localizes to the ER. Moreover, inhibition of LTK, either by depletion of by drugs reduces the number of ER exit sites (ERES) and negatively affects ER-to- Golgi trafficking. Therefore, LTK potentially represents an example for autochthonous signaling at the ER.

Next, LTK signaling pathways were explored by using a proteomic approach to map LTK interactome. The interactome contains many cargo receptors such as ERGIC-53 that regulates the transport of glycoproteins out of the ER and Sec12, the exchange factor for Sar1 that initiates COPII coat assembly. Moreover, overexpression of clients for ERGIC-53 results in activation of LTK, indicating LTK might be a sensor for cargo load. In addition, LTK interacts with and phosphorylates Sec12. Expression of a phosphoablating mutant of Sec12 reduces the efficiency of ER export. Because Sec12 is an exchange factor for Sar1, the dynamics of this small GTPase was investigated. Chemical inhibition of LTK negatively affected the dynamics of Sar1 at ERES, further supporting the notion that LTK signals to Sec12 and thereby regulates COPII and ERES. Thus, LTK-to-Sec12 signaling represents the first example of an ER-resident signaling event.

Follow-up work was later conducted on Multiple myeloma (MM) which is a plasma cell malignancy that is characterized by excessive immunoglobulin secretion thus, making cells addicted to mechanisms that maintain proteome homeostasis (proteostasis) (Auner & Cenci, 2015) (Palumbo & Anderson, 2011). However, although hyper-secretion is a crucial phenomenon in MM, only limited attempts have been made to target protein secretion. This is partly due to the fact that secretion has been considered notoriously undruggable.

In this study, LTK was tested as druggable target of the biosynthetic part of the proteostasis network in MM therapy. LTK is shown to be activated by secretory flux and MM patients exhibit an increase in LTK copy number. Furthermore, these cells are sensitive to inhibition of LTK resulting in ER stress. This study suggests that LTK helps MM cells to cope with their higher secretory demand.

Targeting the biosynthetic arm of proteostasis through LTK might be a new promising strategy in MM treatment. Indeed, inhibition of LTK in MM cell lines, and in patient-derived myeloma cells results in a clear reduction of cell viability. Furthermore, in vivo treatment with LTK inhibitors leads to a strong growth suppressive effect.

In this work, LTK was identified as a druggable regulator of ER export that responds to the load of secretory trafficking and that can be potentially used in MM therapy.