Competing for a share of £80 million for cancer research

Professor Stein Kaasa and international partners are among the shortlisted candidates for the Cancer Grand Challenges awards. 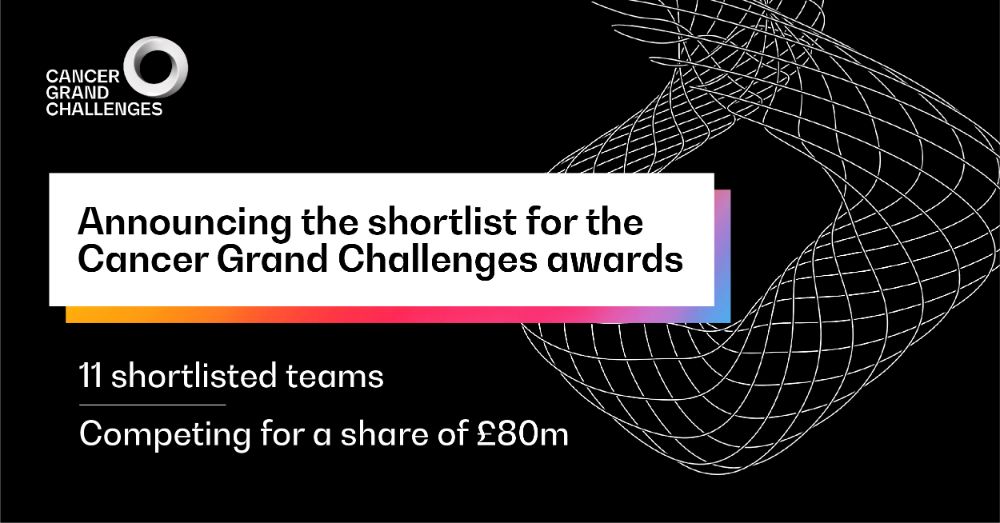 The multidisciplinary and international research team that Professor Stein Kaasa is a part of competes for a share of £80 million to take on some of cancer’s toughest challenges alongside 10 other selected teams. The winners will each receive a £20 million award, which equals more than 200 million NOK. Illustration image: Cancer Grand Challenges.

– It is nice that we, as researchers from a small country like Norway, are a part of this. I am quite proud of that. Now we need to do our best in the next round to achieve this, Professor Stein Kaasa from the Department of Oncology at the University of Oslo comments.

Cancer Grand Challenges is a global funding platform founded in 2020 by the two largest funders of cancer research in the world: Cancer Research UK and the National Cancer Institute in the US. The platform supports world-class, multidisciplinary teams of scientists to come together, think differently and find bold new solutions to some of cancer’s toughest challenges.

– I would like to congratulate Professor Stein Kaasa for being on this prestigious list. The Faculty of Medicine is proud of having one of our researchers shortlisted for funding from this organisation, says Pro-Dean for research, Jens Petter Berg.

The multidisciplinary research team that Professor Kaasa is a part of competes for a share of £80 million to take on some of cancer’s toughest challenges alongside 10 other selected teams. The winners will each receive a £20 million award, which equals more than 200 million NOK.

If Professor Kaasa and his partners are among the winners, the team will conduct research on Cachexia. Cachexia is a complex syndrome that causes ongoing weakening and wasting of the body, especially muscle tissue, due to severe chronic illness.

The syndrome is primarily seen in metastatic cancer patients, where cancer cells have spread to other parts of the body. Estimates indicate that more than half of cancer patients with spread develop Cachexia.

– We will look at the mechanisms behind Cachexia. We want to get a better understanding of what Cachexia is, among others what happens in patient’s brains and hearts. In addition, we will conduct some clinical studies to look at patients’ functional status and their quality of life. We will also be testing new treatments, Professor Kaasa explains.

– Cachexia seems dauntingly complex, and each of its elements comprise vast subjects. Cancer Grand Challenges has provoked us to conceptualise beyond our conventional horizons, to embrace this complexity and learn from each other, says team leader Professor Vickie Baracos from the University of Alberta in Canada.

The research team wishes to build the pillars of a new era in Cachexia research. As the team’s name, NoMoreCACHEXIA, suggests, the researchers want to contribute to a future with no more Cachexia.

– If we are selected for funding it will create exciting opportunities for researchers in Oslo the coming 5 to 10 years. For experienced investigators, as well as postdocs and PhD students, Professor Kaasa comments, and adds:

– It is fantastic for young researchers to be a part of this journey. Through this project, they can establish a network and collaborate with internationally renowned researchers for many years to come.

The value of international research collaboration

Professor Kaasa strongly believes in the value of international research collaboration, and has prioritised to establish networks across national borders during his career as a researcher. He has collaborated with team leader Professor Baracos for more than 20 years.

– I think that researchers in Norway can become very good at some concrete areas, but it is very difficult to become really good at something all by ourselves, says the researcher.

He believes that formal collaboration through projects adds great value.

– It is one thing to exchange ideas and take part in informal meetings with other researchers, but something else to work together in actual projects. Close collaboration in research projects adds a very new dimension to the work, concludes Professor Kaasa.

The NoMoreCACHEXIA team unites researchers from Canada, UK, US, Spain, Germany, the Netherlands, Japan and Norway, as well as a representative from the pharmaceutical industry.

Up to four winning teams will be announced early 2022.