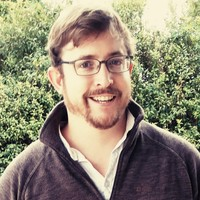 My current research focuses on Ghana, and attempts to locate the past in the present: how experiences and memories of state health provision in earlier periods (as shaped by various policy goals and ideologies from the late colonial period to the present) give rise to particular generational expectations regarding the responsibilities of the state, the role of transnational and nongovernmental health organisations, the nature of Universal Health Coverage, and what ultimately constitutes a fair distribution of health resources. The project also examines the way that healthcare subsists or is elided in memory - which features of past health systems remain salient in memory over time, and why. The study is based on documentary sources of various kinds, and on interviews with current and retired health officials, healthworkers, and with groups who were on the receiving end of health services from the 1940s to the present.

Here is a link to my current project. This is part of the broader European Research Council-funded project, Universal Health Coverage and the Public Good in Africa, led by Ruth Prince.

I’m particularly interested in contested moral economies of health and health services - in Africa and globally - and in what historical and current patterns of distribution can reveal about an institution’s relationship to particular communities or regions over time. This includes a focus on the historical role of the state, and its notional responsibilities either as a direct provider of public health, or as a mediator between publics and various other organisations.  I’m also interested in oral history, as a method for understanding post-independence transitions in African and global health.

My last research project examined the long-run history of public health in northern Ghana from 1900 to approximately 2015. The project discussed the evolution of state health institutions and financing policies across the period - accounting for distributive tensions between core and peripheral regions of the state, and for the shifting arrangements of international and ‘global’ health. I attempted to relate these institutional developments to a finer-grained social history which examined the reactions of northern Ghanaian communities to institutional change, the position of health practitioners and officials working on the margins of the state system, and the role of local advocacy. The research drew on sources from national and district archives in Ghana, from the archives of the WHO in Geneva, and on group interviews with urban and rural communities in the three administrative regions of the north.  I also carried out interviews with current and retired Ghanaian health officials, who had held responsibility for planning and managing health services from the 1970s to the present.

In the past I’ve researched the social history of epidemic meningococcal disease in colonial West Africa; the role of smallpox in shaping political relations between Britain and the Asante Confederacy over the 19th century; and the relationship between South Africa’s African National Congress and the Soviet Union from 1950-1990.

UiO > Faculty of Medicine >
Institute of Health and Society > People >