Fulfilling the SDGs for Hidden and Vulnerable Populations

Join a discussion on the impact of the Sustainable Development Goals (SDGs) for hidden and vulnerable populations in post-conflict situations. It will focus on women exposed to sexual violence during war and conflict and children born as a consequence of the assault and children born of war in general.

Time and place: Fulfilling the SDGs for Hidden and Vulnerable Populations Mar. 9, 2020 9:00 AM–11:00 AM, Professorboligen, Stallen 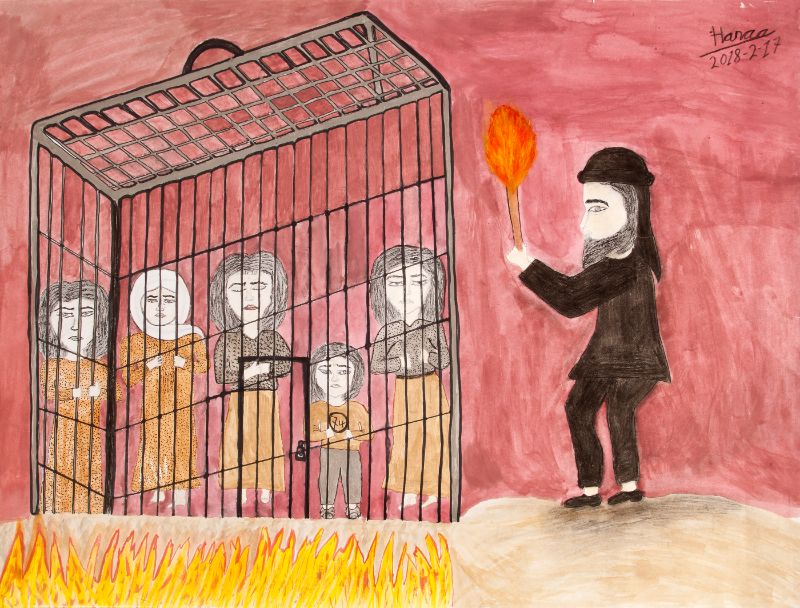 Based on the existing evidence base, it is assumed that, in particular, SDGs 3 “Good health and well-being”, SDG 4 “Quality education”, SDG 5 "Gender Equality", SDG 16 "Peace, Justice and Strong Institutions", and SDG 17 “Partnerships for the Goals” are highly relevant to secure the rights of mother and children.

The aim is to show how the SDGs can be used to expand and evaluate the knowledge base on hidden and hard-to-reach populations, as they often do not want to expose themselves due to their sensitive situation. Furthermore, it will be discussed how the implementation of these SDGs can have an impact on hidden and stigmatized populations such as women experiencing sexual violence and children born of war in general, but also how the interdependency and contradictory aims may challenge their successful implementation.

The Centre for Global Health, University of Oslo (CGH-UiO) is pleased to announce this seminar in collaboration with the Peace Research Institute Oslo (PRIO) and Centre for Gender Research, UiO.

Please sign up for free coffee and late brekfast/early lunch

Håvard Mokleiv Nygård is Research Director at the Peace Research Institute Oslo (PRIO). His research focuses on the causes, dynamics, and consequences of conflict and political violence. His work on these topics, using advanced statistical and machine learning techniques, have been published in leading scientific journals. Nygård with various colleagues has produced background papers for key international reports such as, inter alia, the 2011 and 2017 World Development Reports and the World Bank and UN joint Pathways for Peace report. Nygård leads PRIO’s SDG 16 efforts and currently serves on the Steering Committees of the SDG 16 Data Initiative and the Praia Group on Governance Statistics.

Inger Skjelsbæk holds a PhD in political psychology from the Norwegian University of Science and Technology (NTNU) and was a researcher, research director and deputy director at the Peace Research Institute Oslo (PRIO) until 2015. She still holds a part-time position as research professor at PRIO linked to the PRIO Center on Gender, Peace and Security. She was associate professor at the Department of Psychology, UiO in the period 2013 - 2019. She has been a guest researcher at the Human Rights Center (HRC) and a Fulbright scholar the Institute of Slavic, East European, and Eurasian Studies (ISEEES) both at the University of California, Berkeley, as well as a visiting fellow at the Center for Women, Peace and Security at London School of Economics (LSE). She is also head of Research group on Gender and Extremism at the Center for Research on Extremism (C-REX) in addition to her position as professor at the Center for Gender Research, UiO.

Ingvill C. Mochmann is head of the EUROLAB at GESIS-Leibniz Institute for the Social Sciences in Cologne, Germany and Professor of International Politics at the CBS International Business School. She graduated in comparative politics, economics and German at the University of Bergen, Norway, holds a doctorate in political science from the University of Giessen, Germany and a habilitation in social sciences at the University of Cologne, Germany. In 2013-2014 she was a fellow at the Harvard Humanitarian Initiative (HHI) and is now an affiliated expert of HHI. She is founder of the "International Network for Interdisciplinary Research on Children Born of War" and presently a RDA Europe ambassador for the Sustainable Development Goals (SDGs): video clip

Torunn L. Tryggestad is Deputy Director at Peace Research Institute Oslo (PRIO) and Director of the PRIO Centre on Gender, Peace and Security. She holds a PhD in Political Science (University of Oslo) on the topic “International Norms and Political Change: ‘Women, Peace and Security’ and the UN Security Agenda”. She has a particular interest in the UN and the gendered dimensions of conflict resolution, conflict management and peace building. She has extensive experience from teaching, training, and the provision of policy advice to Norwegian ministries, the Norwegian Armed Forces and the justice sector. Since 2013 she has also been centrally involved in conducting the UN High-Level Seminar on Gender and Inclusive Mediation Processes. Tryggestad was one of the principal authors of the Norwegian Government’s first National Action Plan on the Implementation of UN Security Council Resolution 1325 on Women, Peace and Security (2006). She is a member of the UN Secretary General’s fifth UN Peacebuilding Fund Advisory Group for the period 2018-2012, as well as member of the Nordic Women Mediators (NWM) network.  She is also a former member of the NATO Civil Society Advisory Panel (CSAP) on Women, Peace and Security. Tryggestad was recently appointed member of the Reference Group for the forthcoming ‘Bjarnason Report’, exploring prospects for stronger Nordic collaboration on security and foreign affairs.