“Structural interventions to address structural violence: Global health equity in Haiti and Rwanda”. Open guest lecture by Paul Farmer. The seminar is an annual event in honour of professor Per Fugelli.

Postlude: Social Medicine in the age of Global Health - A conversation between Per Fugelli and Paul Farmer.

Dr. Farmer has written extensively on health and human rights, about the role of social inequalities in the distribution and outcome of infectious diseases, and about global health.

"In each new generation of doctors, ..... this branch of medicine attracts not only analytical minds, but also people who feel a strong vocation to improve health in society by attacking plain injustice. They are impatient with the distant attitude of science." Jan P. Vandenbroucke. 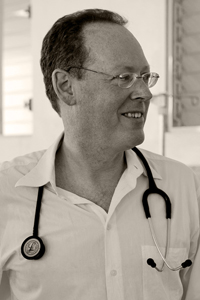 Paul Edward Farmer is an American anthropologist and physician who is best known for his humanitarian work providing suitable health care to rural and under-resourced areas in developing countries, beginning in Haiti. Co-founder of an international social justice and health organization, Partners In Health (PIH), he is known as "the man who would cure the world," as described in the book, Mountains Beyond Mountains by Tracy Kidder.

Farmer is currently the Kolokotrones University Professor at Harvard University, formerly the Presley Professor of Medical Anthropology in the Department of Social Medicine at Harvard Medical School, and an attending physician and Chief of the Division of Global Health Equity at Brigham and Women's Hospital in Boston, Massachusetts.

In August 2009, Farmer was named United Nations Deputy Special Envoy to Haiti (serving under former US President Bill Clinton, in his capacity as Special Envoy), to assist in improving the economic and social conditions of the Caribbean nation. 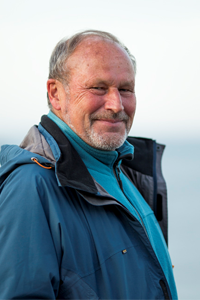 The topic of this seminar is based on an article from 1993: In search of a global social medicine (pdf). After publishing the article, Fugelli and a group of students established a forum called "The patient earth". The forum inspired students and researchers at the Faculty of Medicine to focus on global health.