The EuroHOPE projecet findings indicate that there is much room for improvement in health care performance and stress the importance of international benchmarking of regions and hospitals. 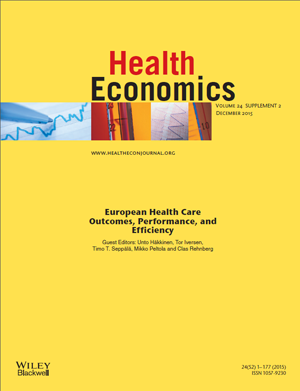 The project findings are reassuring in showing that using performance measurement based on individual-level data with standardised data collection is feasible. The results also show that this needs to be routinely carried out to improve the quality of international comparisons in order for this kind of benchmarking to have an impact on the performance of health systems.

International performance measures of health care need to be improved

EuroHOPE revealed performance variations between and within seven European countries: Finland, Hungary, Italy, the Netherlands, Norway, Scotland, and Sweden. For example,  one-year mortality in AMI varied from 8% to 32% in over 100 regions in the seven countries. Furthermore, EuroHOPE explored the reasons behind the differences between countries, regions and service providers and evaluated the relationship between outcomes and costs.

This special issue of Health Economics extended the analysis of regional variation to the cross-country level as well as to the use of resources and outcomes in four carefully defined conditions: 1) acute myocardial infarction (AMI), 2) stroke, 3)hip fracture, and 4) very low birth weight (VLBW) and very low gestational age (VLGA) infants. The studies indicate that observed performance variations between regions and countries could not explained by either patient-level or regional-level factors. The study on AMI found that regions with activity-based reimbursement systems had a 17% higher percutaneous coronary intervention (PCI) rate than regions with global budgeting systems, but this higher rate was not associated with lower mortality. A study using data from Finland and Norway indicated that socioeconomic differences in the use of PCI were only marginally associated with differences in mortality, and it was concluded that, in order to reduce the socioeconomic inequalities in AMI mortality, health policy should focus on the living conditions and lifestyles of patients with low income and low education.

The study on VLBW and VLGA infants showed that socioeconomic conditions, measured in terms of unemployment and per capita GDP, did matter in explaining different mortality rates across European regions, while concentration of care and the type of the delivery hospital had ambiguous effects on mortality when data for four countries were combined.

Efficient hospital production implies a trade-off between quality and costs. The two studies on this topic did not find any clear cost-quality trade-off (except for the care of AMI in Hungary and Finland) implying that there was a potential for improving hospital performance by containing cost or improving quality without increasing costs.