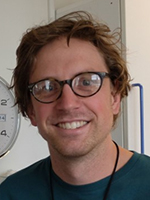 One of the most challenging goals of neuroscience is to understand how electrical activity in the brain forms memories of events which can later be mentally reexperienced (i.e. episodic memories). The ability to form such memories is critically dependent on active neurons in a set of interconnected brain areas in the medial temporal lobe. In humans, lesions to these areas result in episodic memory deficits and the same areas show increased activity during encoding and retrieval of episodic memories.

How can we assess episodic memory functions? A large proportion of studies of memory uses animal models in which neural activity is assessed in parallel to overt behavioral read-outs of memory retrieval. Despite significantly contributing to our understanding of the neural processes underlying memory functions, this approach has inherent limitations. Reexperiencing the past is also a subjective experience hardly accessible to researchers using animal models. In contrast to animals, humans have the unique ability to describe what they are experiencing, thinking, and remembering. For this reason, if we ultimately aim to understand the relationships between neural activity and subjective reexperience of the past, analysis must be moved to humans.

​How will we study the relationship between neural activity and memory processes in humans? We will use electrodes placed (for clinical reasons) in the medial temporal lobe of patients with epilepsy to record neural activity during memory formation and recall. These electrodes give us a unique opportunity to measure high frequency oscillations of small populations of neurons and activity of single neurons, and relate the measured activity directly to the reported subjective experience of an episodic memory.

​Our vision is to progress our understanding on how the human brain acquires, organizes, and retrieves episodic memories. Since the human brain is the most complex biological system we know, this is a crucial step as one of the main goals of neuroscience is to understand how the brain performs higher cognitive functions, and ultimately how these functions are disturbed in cognitive disorders.