Koen Verveake was awarded an ERC starting grant in 2015 for his project, SurfaceInhibition, the role of 5HT3a inhibitory interneurons in sensory Processing. 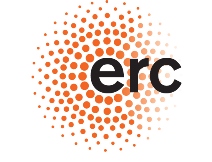 How do cortical circuits process sensory stimuli that leads to perception? Sensory input is encoded by complex interactions between principal excitatory neurons and a diverse population of inhibitory cells.

This is mainly due to the technical challenges of recording the activity of identified cell types in-vivo, in response to quantified sensory stimuli.

Therefore, I propose a novel approach based on four pillars:

The 5HT3a cells and the distal dendrites of pyramidal neurons receive ‘top-down’ contextual information from other cortical areas that is essential for constructing meaningful perceptions of sensory stimuli.

Thus I hypothesize that 5HT3a cells influence sensory perceptions by controlling the excitability of the pyramidal cell distal dendrites that integrate top-down and sensory input. Thus, I will not only reveal novel functions of inhibitory neurons, I will also shed light on how top-down and sensory input is integrated, and I will provide novel methods to test the functions of other cell types in normal mice and disease models.