In the Middle Ages, people of high status were both taller and had higher bone density than those from modest backgrounds. This difference was most marked amongst women, shows a new study based on the Schreiner Collection. 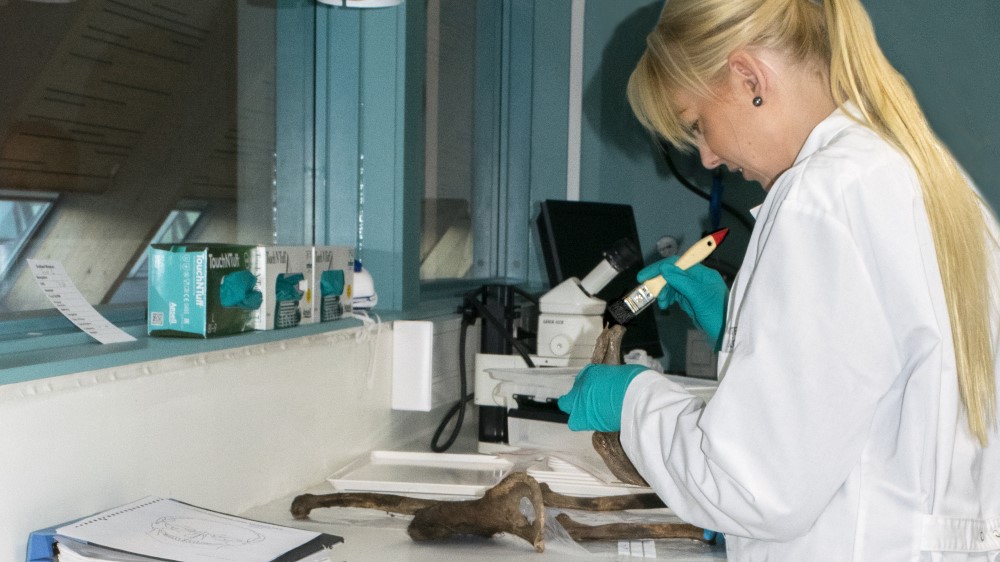 Research fellow Elin Therese Brødholt at the Institute of Basic Medical Studies showed that people in the Middle Ages – and their skeletons – were greatly affected by their living conditions. (Photo: Carina Knudsen, UiO)

Research fellow Elin Therese Brødholt at the Institute of Basic Medical Sciences and her research colleagues compared 227 remains from five different burial grounds in Norway. In some of these burial sites, it was customary to bury people of high social rank. In the others, people from the lower strata of society were buried. The studied remains came from the Schreiner Collection at the University of Oslo.

By combining DXA analysis (bone density scanning) with an osteological examination of the skeletons, the researchers uncovered new facts about life in medieval Norway. Their study has recently been published in PLoS One.

The results of the study demonstrated that these individuals from the Middle Ages – and their skeletons – were clearly affected by the conditions under which they lived, which varied enormously in relation their social status. These differences were particularly marked amongst older women.

Read more about the study at forskning.no:
If you were rich in medieval Norway, you were also tall and had strong bones

Read more about the Schreiner Collection, which is the largest of its kind in Europe.