Many veterinarians struggle with suicidal thoughts

Half of the veterinarians with serious suicidal thoughts reported that their job was the most important contributing factor. 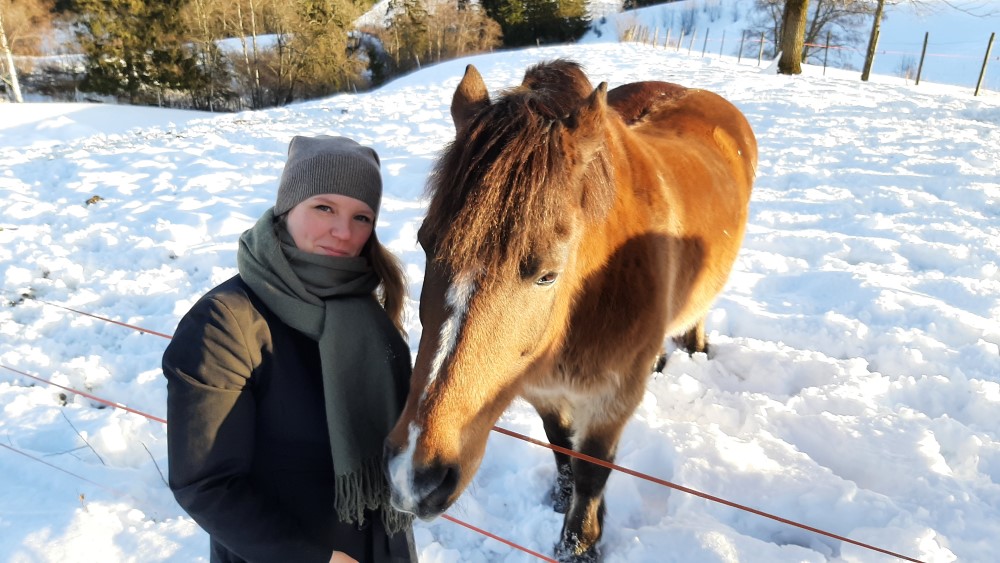 Research fellow Helene Seljenes Dalum carried out the study. She points out that veterinarians often work alone and have heavy responsibilities.

Almost three out of ten veterinarians in Norway felt that life was not worth living during the last year. One in twenty experienced serious suicidal thoughts and one in five hundred attempted to take their own life.

These are the results of a survey to which nearly three quarters of Norway’s 3700 veterinarians responded. The study was carried out by research fellow Helene Seljenes Dalum at the Department of Behavioural Medicine, University of Oslo and has recently been published in BMJ Open.

– These are worrying statistics, especially since an earlier study showed that the suicide rate amongst veterinarians in Norway was about double that of the general population, says Dalum.

Dalum is a qualified veterinarian herself. She points to a number of possible explanations, while emphasising that the NORVET-study is a cross-sectional study which cannot therefore come to conclusions about causal relationships.

– Many of them are under great pressure of work, they are often low paid, and euthanizing animals is an everyday occurrence. Very often, there are no colleagues at hand to give them guidance and advice during the course of the working day. Unlike physicians, who practise medicine under supervision for 18 months after completing their studies, some veterinarians feel that they have had too little practice during their undergraduate curriculum. They find the transition to working life difficult, says Dalum.

Veterinarians have to take sole responsibility for any errors they commit. In contrast, doctors in a hospital may be able to lean on the management who may take the brunt of the blame. According to Dalum, a dog that dies arouses strong emotions. Verbal abuse directed at veterinarians on social media is a new and growing problem.

The research fellow also points to the cross-pressure between animal welfare and economics.

–  Take for example a veterinary surgeon standing by the cage of an aquaculture farm and pronouncing that salmon ready for slaughter there must be euthanized because of disease. That can cost the business millions of kroners. I know that many veterinarians working in the aquaculture sector are caught in a squeeze between safeguarding animal welfare or profits.

Great medical advances have been made in veterinary science over the last 20 years, especially as regards sporting animals and domestic pets. An increasing proportion of animals can be treated today, instead of being put down, as would previously have been the only alternative. Still, treatment costs a lot of money, often amounting to thousands of kroners.

People in Norway are used to only paying a nominal sum when they go to their GP and they do not understand how expensive it is to run a veterinary practice that receives no state subsidies. Dalum reveals that veterinarians often have to face difficult discussions with customers about the level of treatment fees.

– Many animal owners often feel that treatments at the vet are expensive. However, our animals do not pay taxes and all expenses must therefore be covered by the individual owner, says Dalum.

Advocating ending the life of an animal becomes a habit

Being single and suffering symptoms of anxiety and depression were additional independent factors for serious suicidal thoughts.

– In addition, we may ask whether veterinarians are influenced by the fact that they routinely have to defend euthanasia as the right solution when an animal’s quality of life is poor. Does that lower the threshold for taking one’s own life? On the other hand, veterinarians also see the effect of putting an animal down on the families who deeply mourn the loss of their pet. We need to do more research on this particular question, says Dalum.

Changes in veterinary medicine courses and more awareness amongst veterinarians

The study carried out by Dalum together with professors Reidar Tyssen and Erlend Hem is the first scientific study that examines the work, well-being and mental health of veterinarians in Norway.

Dalum emphasises that more research is needed in order to outline the way forward. But she hopes the study will increase awareness about the mental health of veterinarians, promote discussions about these issues in the profession and not least lead to changes in how veterinary medicine is taught.

– Up until now, there has been too little focus on how to take on the role of a veterinarian and on how to communicate. Veterinarians have to face many of the same emotionally demanding situations with patients as doctors, and animal owners think of their pet as a member of the family. It is a step in the right direction that tuition in clinical communication and mental health is now being introduced into the veterinary medicine curriculum, says Dalum.

To read more about the study:

Prevalence and individual and work-related factors associated with suicidal thoughts and behaviours among veterinarians in Norway: a cross-sectional, nationwide survey-based study (the NORVET study)