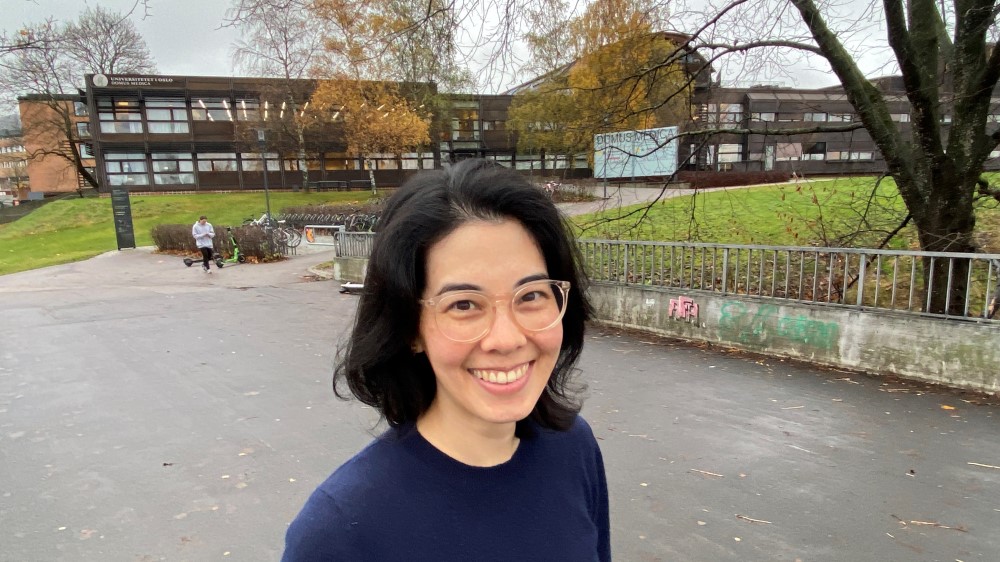 When researcher Kaitlyn Tsuruda asked women whether they had heard of overdiagnosis, half said yes. But only a few in fact ticked the right answers to the in-depth follow-up questions. (Photo: Cecilie Bakken Høstmark, UiO)

Breast cancer affects every eleventh woman under the age of 75 in Norway. The Norwegian health authorities recommend screening by mammogram every other year for all women between the ages of 50 and 69. This mammogram screening programme allows doctors to discover breast cancer at an early stage so that more women can receive a milder form of treatment and fewer will die from the disease.

Nevertheless, there are still advantages and disadvantages to a programme of this kind. One disadvantage is that doctors may discover tumours which at the time of diagnosis are growing so slowly that the women involved could probably live symptom-free for the rest of their life. This is often called overdiagnosis and may lead to the overtreatment of some women.

There are currently no methods of determining whether a breast cancer will develop so slowly that it will not need treatment. 6 of 1000 women examined under the mammogram screening programme are diagnosed with breast cancer. The Cancer Registry of Norway estimates that of these 6, 1 will be overdiagnosed. But this figure is the subject of a great deal of uncertainty.

Women probably do not read all the information they receive

The doctoral thesis of Kaitlyn Tsuruda at the Department of Biostatistics at the Institute of Basic Medical Sciences at the University of Oslo investigates both the overdiagnosis and underdiagnosis of breast cancer. In a study recently published in the BMJ Open, 1900 Norwegian women were asked, amongst other things, what they knew on overdiagnosis relating to mammogram screening:

– The women were shown to know less about overdiagnosis than about other aspects of mammogram screening. For example, several of them answered correctly, in the affirmative, to the question about whether women who are screened are less likely to die of breast cancer than those who do not undergo screening, explains Tsuruda.

Most of the women who participated in the study also gave a correct answer to the question asking about the meaning of “false positive results”.

– When the women were asked whether they had heard of overdiagnosis, half said yes. But in this case, only a few in fact ticked the right answers to the in-depth follow-up questions, sums up Tsuruda.

Since 2009, overdiagnosis has been mentioned in the information that the Cancer Registry sends out together with the invitation to attend mammogram screening.

– Many recipients probably read a part of the information they receive. But they have probably also already made up their minds in advance whether they will go to mammogram screening or not, according to Tsuruda.

Will more women drop out of the mammogram screening programme?

The Cancer Registry of Norway regularly reviews the information material it sends out in connection with the mammogram screening programme. The last amendment was one year ago, when estimates of how many women are overdiagnosed and several new visual aids and diagrams were included. These new elements were adopted after Tsuruda had carried out the survey.

The scientist points out that the way information should be communicated poses a challenge because we still have no way of knowing which women will be overdiagnosed.

The scientist recommends women to read the information about breast screening and overdiagnosis carefully and urges the Cancer Registry to continue to review its information material.

– New results from research studies are emerging all the time, she says.

In another study, Tsuruda has also looked at underdiagnosis, defined as a situation where a patient is diagnosed with a cancer tumour that was not discovered in the previous screening.

Five radiologists were given the task of re-examining images revealing breast cancer and comparing these with the images generated in the previous session of screenings.

In some of the cases, they saw a tumour that was present in the previous screening but that had not led to a diagnosis, while a number of tumours had developed between the two screenings.

– Scientists previously assumed that tumours of this kind are more aggressive, but we found no statistical difference in how many of these women died, compared to mortality in the group who were classified in the re-examination as having tumours in the previous screening.

Tsuruda emphasises that more studies are necessary in order to draw firm conclusions from these results.