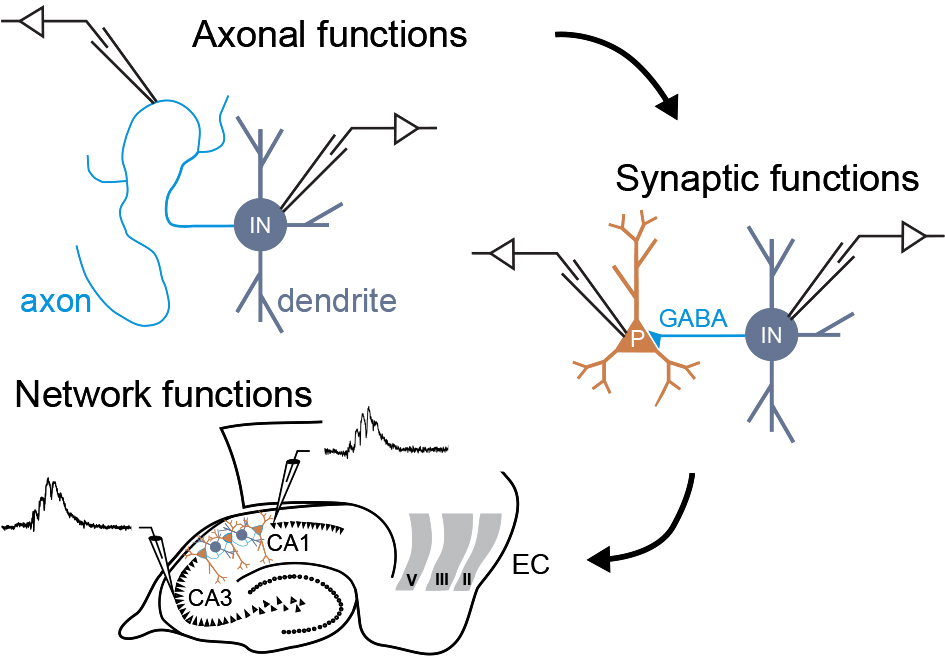 Most DS patients show a mutation in the SCN1A gene, which encodes for a sodium channel subunit (NaV1.1) highly expressed in axons of cortical GABAergic interneurons.

These inhibitory neurons are responsible for balancing cortical brain activity by the release of the neurotransmitter GABA from their axonal terminals. Impairments of GABAergic inhibition are known to lead to epilepsy and other cognitive disorders.

The project aims to identify how axonal functions are impaired in DS mice and to link the axonal deficits to dysfunctions in neuronal network oscillations. So far, other studies were unable to directly resolve the ion channel activity in PV-IN axons of DS mice because of the difficulties in accessing the fine axonal structures.

My experience on measuring subcellular axonal functions as well as neuronal network oscillations provides the unique possibility to advance our understanding of the causal relationship between axonal currents, AP signalling and GABAergic inhibition in neuronal networks.

This knowledge is important for understanding complex brain activities in general, but also to improve the treatment of neurological disorders such as DS.