In this study we will examine the effect of employing lay-health workers to educate mothers of small children about adequate nutrition on child health. The setting is in rural areas of South-Western Uganda. 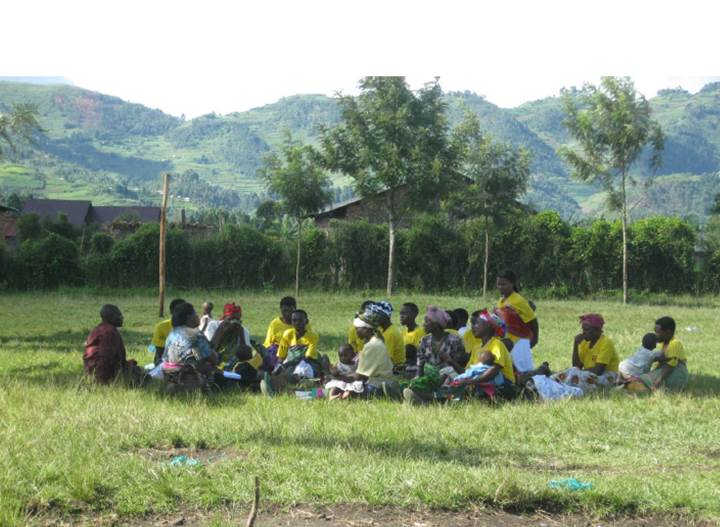 The main aim of the study is to investigate how a nutrition/stimulation education based on local needs and context can reduce stunting levels and improve development among children in the districts of Kabale and Kisoro, in South-Western Uganda.

We randomly allocated mothers of 6-8 months old children to intervention and control groups. In the intervention group, we provided nutrition education (delivered by nutritionists-Bachelor graduates). It includes the ten guiding principles of complementary feeding of a breastfed infants and cookery demonstrations as well as advice on oral hygiene. We encouraged every mother to establish a backyard garden and to keep small domestic animals which can provide the family with cheap animal sources of food. Hygiene in food preparation and service were an important part of the nutrition education.

We have taken outcome measures, at baseline when the children were aged 6 - 8 months, then when they were 20-24 and when they were 36 months. We could not detect any differences between the two study groups in any of the anthropometric measures of growth except that children in the intervention group had less growth faltering at 36 months. 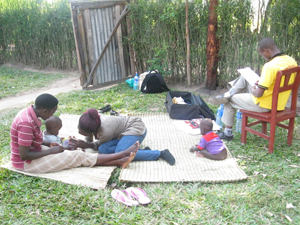 In this study we also investigated the effects of the intervention on development outcomes (cognitive, language, motor). We assessed development using of Bayley Scales of Infant and toddler Development 3rd ed. and the Ages and Stages Questionnaire at baseline and when the children were aged 20-24 and 36 months. In addition we used the Mullen Scales of Early Learning scale at 36 months. A consistent finding was that all development outcomes were better among children belonging to the intervention group compared with the controls; at all time points and when assessed with the three research tools.  The intervention also led to fewer mothers self-reporting depressive symptoms.

Publications from this and other studies in Africa can be found at the Centre for Global Health: Nutrition.