TREATme is a network of researchers, from 30 European countries, led by Professor Randi Ulberg. The EU funded the network through the COST Action under Horizon 2020. 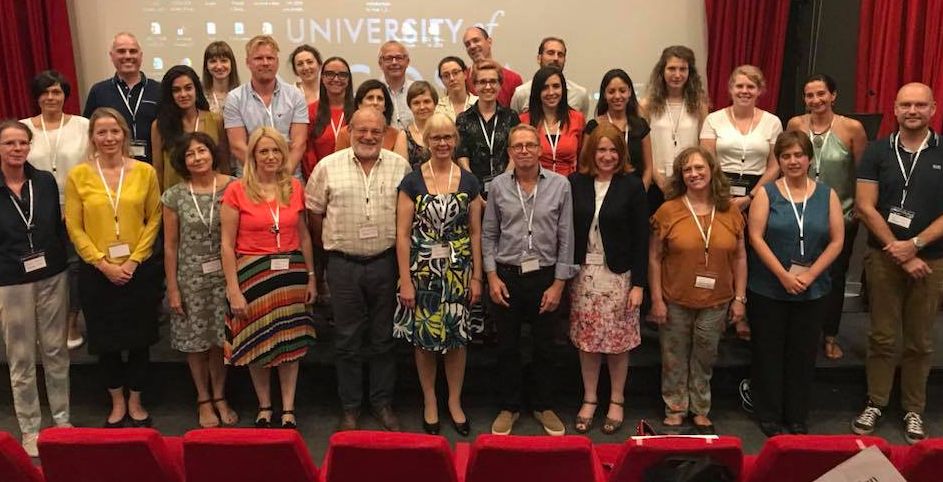 The picture was taken during the network's Training School and leadership group meeting in Nicosia in 2017. The network's leader, Professor Randi Ulberg, in front in the middle. Image: Private.

The COST Action is one of the EU's programmes to stimulate European cooperation in research and innovation. Professor Randi Ulberg is a member of the Society of Psychotherapy Research, and got the idea to apply for EU funding in one of the group's meetings.

– I am very interested in personalised psychotherapy for young people. There are still considerable knowledge gaps in this field, Professor Randi Ulberg says.

She therefore wanted to contribute to strengthening the research in the field, and to develop better treatment options for young people with mental disorders.

– The goal was to establish a network and to create systematic reviews of the research in the field, she says.

Ulberg became the network's leader and the University of Oslo became the Grant Holder Institution.

In addition to establishing networks for collaboration, the purpose of the COST Action is to summarise knowledge.

– We wanted to do this very thoroughly, and have therefore started various research projects on personalised treatment of young people with mental illness, the network leader says.

On average, all approved forms of psychotherapy have an equally good treatment effect.

– Nevertheless, it is completely unthinkable that everyone should have the same treatment. Therapy must be adapted to each individual, Ulberg emphasises.

The researchers have therefore developed large knowledge databases that make it possible to summarise the knowledge about which treatment is likely to work best for each individual. They have divided the summaries into different mental disorders and other patient variables.

Currently, the researchers in TREATme are the only ones having access to the databases, but the plan is to make them available to everyone.

– The databases and the summarised knowledge will be important for clinicians, patients' own choice of therapy, wards' choice of therapy approaches, and politicians' choice when structuring health services, the professor says.

The network has existed since 2017 and the period of funding from the EU ended in September this year. Nevertheless, Ulberg is determined to continue the work within the established network.

– We have put in place a good structure for cooperation. New research projects spring from this collaboration, she says.

The network brings together researchers from as many as 30 European countries. One of the goals is that experienced researchers train ECIs.

– This has been very rewarding and inspiring. We have brought young, and academically speaking, isolated researchers together. Not many researchers are interested in research on personalised child and adolescent psychotherapy, so I am glad that we have managed to engage so many people, the professor says.

The large number of young, talented researchers out there impresses her. She further explains that some of the researchers in the network are the only ones who research mental health treatment for young people at their institutions.

– The working groups in the network have now become their research groups, Ulberg points out.

Satisfied with the support from UiO

Randi Ulberg says that the network has received good support from the Division of Mental Health and Addiction, from the Institute of Clinical Medicine, and from the Faculty of Medicine.

– The institute and division have been fantastic. The Institute assisted with the budget and reporting. The Division employed Marie-Sofie Hveem, who was to spend 40 percent of her time on the network, early on in the project period. In addition, our Administrative Manager, Anette Sørensen, did a great job of anchoring this, Ulberg concludes.