MSc Georgina Askeland at Institute of Clinical Medicine will be defending the thesis “Improving prospects for Huntington’s disease treatment: a focus on peripheral tissues and a transgenic minipig model” for the degree of PhD. 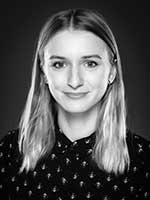 Professor Ludvig A. Munthe, Faculty of Medicine, University of Oslo

Huntington’s disease (HD) is an inherited disease that causes progressive degeneration of nerve cells in the brain leading to brain dysfunction that manifests in movement problems, cognitive decline and psychiatric disorders. Devastatingly, there are currently no treatments to prevent or slow the progression of the disease itself.

This thesis focuses in improving the prospects for HD treatment by investigating the molecular pathologies in peripheral tissues from HD patients and characterizing a recently developed transgenic HD (TgHD) minipig model.

In this thesis it was shown that peripheral blood mononuclear cells from patients exhibit altered mitochondrial status and a distinct DNA integrity profile. Using a qPCR-based assay, nuclear DNA damage was shown to correlate with disease severity in patients, raising its potential as a peripheral marker for disease progression. Investigation of proliferative patient cells using western blotting and RNA sequencing showed altered methylation in HD and its role in HD-associated transcriptional dysregulation. Expression of specific gene sets associated with mitochondrial function and DNA repair were differently affected across patient cell models, suggesting a cell-specific effect.

TgHD minipigs were found to exhibit behavioral abnormalities consistent with early stages of HD, indicating an age of onset at 48 months. Analysis of mutant huntingtin protein revealed increased expression with age in the brain and a specific loss of the endogenous protein with age in the putamen. In addition, genome abnormalities and mitochondrial dysfunction were detected, although apparently not associated with disease progression.

These findings are an important step towards the development of biomarkers for tracking HD progression and have advanced our understanding of disease progression in the TgHD minipig model, bringing it closer to eventual preclinical testing.