Cand.med. Eirik Aunan at Institute of Clinical Medicine will be defending the thesis “Improving surgical techniques and functional outcome in total knee arthroplasty” for the degree of Dr.Philos. (Doctor Philosophiae). 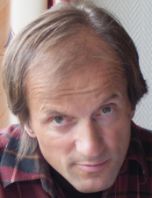 See Trial lecture on a given topic

Knee osteoarthritis is among the most prevalent causes of disability in middle aged and elderly people, and total knee arthroplasty (TKA) is one of modern surgery’s most effective means of relieving pain and dysfunction. However, the proportion of unsuccessful TKAs is estimated to 20%. The reason for this is unknown, but it is remarkable that many steps in TKA are still based on the surgeons’ subjective judgement and on inaccurate methods. This Dr. Philos thesis is based on eight scientific studies that aimed at improving functional outcome after TKA.
The development and validation of a new surgical method (the spatula method) to measure ligament laxity intraoperatively is described. Objective data on ligament laxity was generated and the association between intraoperative ligament laxity and functional outcome was estimated. The trauma induced by surgical intervention on the ligaments (ligament balancing) was not found to have any negative effect on functional outcome, and the implication of this novel finding on the choice of alignment strategy and gap-balancing strategy is discussed.
The treatment of the patella in TKA has been debated for decades. Functional outcome in knees operated with and without patellar resurfacing was compared in a double-blind RCT with both modern and traditional outcome tools. The conclusion was that patellar resurfacing is beneficial. Moreover, the traditional outcome tools demonstrated unacceptable high ceiling effects and poor discriminative power.
Accurate alignment of the prosthetic components is difficult. A new method (the clinical rotational axis method) that secures correct rotational alignment of the femoral component is presented. The effect of rotational alignment of the prosthetic components was assessed and internal rotation of the tibial component and patellar tilt was found to have negative effect on functional outcome. Finally, the reliability of CT-based methods to measure rotational alignment after surgery is discussed.