M.Sc. Natalia Berges Jimenez at Institute of Clinical Medicine will be defending the thesis “Assessment of mammalian Endonuclease V properties and function” for the degree of PhD (Philosophiae Doctor). 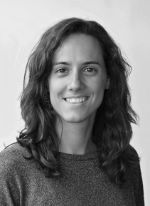 RNA is made up of the building blocks adenosine, cytosine, guanosine and uracil. For proper function, these RNA bases undergo modifications by addition or removal of chemical groups. One of the most common changes is the deamination of adenosine to inosine.

The mammalian Endonuclease V (EndoV) has previously been described as an enzyme that binds and cleaves inosine-containing RNA. However, it is unkown if EndoV is always active and involved in RNA degradation of faulty RNAs, or if it has a more specific role of fine regulating certain RNAs, for example during stress, when the cell synthesizes new proteins as a defense mechanism.

The aims of the thesis were to gain a better understanding of mammalian EndoV properties and function, by showing its possible role in cancer and studying different human EndoV isoforms (proteins that are highly similar and originate from a single gene).

Deregulated levels of inosine in RNA have been linked to cancer. Using genetic modification, Berges and coworkers have showed that mice lacking EndoV that were treated to develop liver cancer had reduced number and size of tumors compared to the wild type mice. EndoV seems to regulate the level of certain RNAs of genes involved in cancer progression. It appears that EndoV hinders the degradation of these transcripts.

To further characterize EndoV expression, Berges and coworkers studied RNA levels, protein presence and cellular distribution of three human EndoV isoforms previously described in the data bases. Only one of the isoforms could be detected by mass spectrometry in the human cell lines that were analyzed, suggesting future research of EndoV should include this isoform.

Overall, the results presented have broadened knowledge on the biological function of EndoV and indicate a role in promoting liver cancer.