M.Sc. Kristi Henjum at Institute of Clinical Medicine will be defending the thesis “Microglia and soluble TREM2 in Alzheimer's disease and delirium - biomarker and model studies” for the degree of PhD (Philosophiae Doctor). 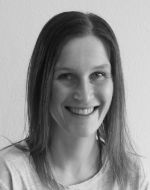 Delirium and dementia are syndromes sharing symptoms of cognitive and functional impairment, with both syndromes becoming prevalent with aging. With limited pathogenic understanding and therapeutic options, the conditions represent major unmet medical needs. Alzheimer’s disease (AD), the major cause of dementia, presents with brain region-specific pathological hallmarks; amyloid plaques, neurofibrillary tangles (NFTs) and neurodegeneration. Neuroinflammation is also a characteristic of AD brain. AD increases the risk of delirium, already in an extended preclinical phase with accumulation of the pathology. Delirium is presumably heterogeneous resulting from different pathogenic mechanisms, one of them suspected to be neuroinflammation. The microglia is the chief immune trigger cell of the brain, and as such central to its immune responses. These cells express TREM2, a receptor genetically linked to neurodegeneration and dementia. Yet the understanding of its involvement is incomplete. TREM2 release a fragment sTREM2 that enter the cerebrospinal fluid (CSF), and can serve as a biomarker.

In this thesis, TREM2-related microglial activity was studied by analyzing the CSF sTREM2-level among cognitively healthy and in AD, at the MCI and dementia state in two patient cohorts. Delirium was studied in a hip fracture cohort. An in-house ELISA was used to assay CSF sTREM2 that was found to increase with cognitively healthy aging but with a ceiling effect. In AD patients, CSF sTREM2 tended to increase but without diagnostic separation from healthy controls. In delirium, CSF sTREM2 was higher in incident delirium only in patients who were not demented. There was a positive relation to CSF Aβ42 and tau markers at the two cognitive extremes; the cognitive healthy in the AD cohort and those with delirium and dementia in the hip fracture cohort. Microglial Aβ-uptake, shown in transgenic AβPP mouse brain with a novel Aβ mid-domain antibody was suggestive of microglial Aβ -phagocytosis. Aβ-recognition by the ab338 antibody, raised against the Aβ 21-34 sequence, depended on folding and C-terminal ending.

In sum, the studies support involvement of neuroinflammation and TREM2 in aging, dementia and delirium. The tools developed will be valuable to further explore dementia etiology and will hopefully be used in clinical practice e.g. diagnostics and theragnostics.