Cand.psychol. Runar Elle Smelror at Institute of Clinical Medicine will be defending the thesis “Cognitive and clinical characteristics in adolescent non-affective early-onset psychosis and healthy controls” for the degree of PhD (Philosophiae Doctor). 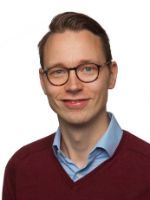 Adolescents with early-onset psychosis (EOP; onset of psychotic disorder < age 18 years) struggle with neurocognitive deficits, debilitating symptoms and impaired daily functioning. The aim of this thesis was to increase the knowledge about neurocognitive and clinical characteristics in adolescent patients with non-affective EOP, and the neurocognitive performance in healthy adolescents using the MATRICS Consensus Cognitive Battery (MCCB). Three separate cross-sectional studies were conducted to accomplish the aim. In Study 1, a large sample of healthy adolescents between 11 to 19 years of age were combined to examine age and sex differences of neurocognitive test performance across adolescence, using the MCCB. Significant age effects in test performance were found in all the MCCB domains, except for Visual learning. Based on the results regression-predicted standardized scores with scoring tables for each age between 11 to 19 years, separated by sex, were developed. In Study 2, putative associations between neurocognitive performance and daily functioning were examined in EOP patients. Potential mediating effects of symptoms on any such relationship were also examined. A significant positive association was found between Verbal learning performance and level of daily functioning. Negative and disorganized symptoms were also found to mediate this relationship. In Study 3, real-time auditory verbal hallucination (AVH) characteristics were examined several times per day using a mobile phone application (app). Significant associations were found between negative voice content, less perceived control over voices and more disturbing voices. The implications of the thesis are: (1) the adolescent standardized scores for the MCCB can be used as reference in future studies including EOP and other clinical disorders; (2) verbal learning deficits, and negative and disorganized symptoms, are important contributing factors to the impaired daily functioning in EOP patients; (3) real-time assessment of AVH characteristics using electronic devices is feasible in adolescents with EOP, but caution is warranted regarding the acceptability as reactivity effects may increase symptoms and cause distress.