Cand.med. Marte Roa Syvertsen at Institute of Clinical Medicine will be defending the thesis “Epidemiology of epilepsy in Buskerud County, emphasasing clinical and psychosocial aspects of juvenile myoclonic epilepsy” for the degree of PhD (Philosophiae Doctor). 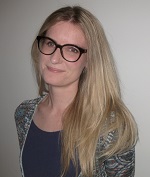 Epilepsy is one of the most common neurological disorders, affecting people of all ages. Among epilepsies starting in youth, juvenile myoclonic epilepsy (JME) is the most common. The cause of JME is unknown, but it is thought to involve neuronal networks within the frontal lobes, networks which are important to decision-making and adaptation of behaviour.

The aim of the present thesis was to assess epilepsy prevalence and aetiology in a Norwegian county, and to investigate whether there was an excess of risk-taking behaviour in a large and representative group of people with JME.

The present thesis provides evidence of a risk-taking behavioural profile in JME, supporting the hypothesis of disease-generating mechanisms involving networks within the frontal lobes.

Furthermore, we found JME to be more common than previously reported, while the overall prevalence of epilepsy was comparable to that of previous studies.