Cand.med. Kim Vidar Ånonsen at Institute of Clinical Medicine will be defending the thesis CYSTIC PANCREATIC LESIONS. An observational study of patient selection and outcome after surgery for the degree of PhD (Philosophiae Doctor). 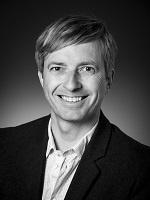 The digital public defence will follow regular procedure as far as possible, hence it will be open to the public and the audience can ask ex auditorio questions when invited to do so.

The prognosis of pancreatic cancer is poor, and the only curative option is surgery. The majority of cystic pancreatic lesions (CPLs) are benign, and surgery is unnecessary. Intraductal papillary mucinous neoplasm (IPMN) and mucinous cystic neoplasm (MCN) have a malignant potential, and serous cystic neoplasm (SCN) is a benign tumour. CPLs were previously thought to be uncommon. During the thesis period, CPL incidence has increased substantially, primarily due to the widespread use of high-resolution imaging. The prevalence of CPLs in the elderly population is estimated to be around 10%.

In an early, retrospective cohort of 69 patients who underwent laparoscopic surgery for CPLs between 1997-2009, 42 patients (61%) had a benign tumour with no malignant potential. SCNs were removed in 29 patients (42%). Complications occurred in 33% of the patients, and one patient died postoperatively.

International guidelines for IPMN and MCN recommend observation with serial imaging for simple, small, and asymptomatic cysts. In a prospective study of 190 patients (2008-2013), 65 patients (34%) underwent surgery. The majority of these (71%) had malignant or premalignant tumours. However, only 42% of the patients had IPMN and MCN, and the overall preoperative diagnostic accuracy was low. Cyst fluid CEA performed acceptable as an indication of malignant potential.

In a retrospective study of 322 pancreatectomies, time trends were analysed for an early (2004-2008), intermediate (2009-2012) and late period (2013-2016) during which multidisciplinary teams and European guidelines for all CPLs were introduced stepwise. Patient selection improved: the proportion of IPMNs increased (31%-44%) and the proportion of SCNs decreased (38%-16%) significantly. More comorbidity was accepted, but complications remained unchanged. The laparoscopic approach was preferred, and postoperative hospital stay got shorter.