MD Dina Grinde at Institute of Clinical Medicine will be defending the thesis “Cytokines, apoptosis and complement in 22q11.2 deletion syndrome (DiGeorge syndrome)” for the degree of PhD (Philosophiae Doctor). 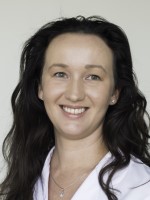 The 22q11.2 deletion syndrome (22q11.2 del), also known as DiGeorge syndrome, is a genetic disorder with an estimated incidence of 1:3000 to 1:6000 births. These patients may suffer from affection of many organ systems with cardiac malformations, immunodeficiency, hypoparathyroidism, palate anomalies and psychiatric disorders being the most frequent.

No complement deficiency was detected in 22q11.2 del patients except for mannose-binding lectin deficiency, which was comparable to the normal population. Plasma levels of C3bc were significantly increased in patients with 22q11.2 del compared to healthy individuals, suggesting an ongoing systemic complement activation. It was also a trend for increase in terminal complement complex. This increase was associated with the presence of psychiatric disorders in patients.

In summary, our finding suggests increased inflammatory response in patients with 22q11.2 del, as we found both increased levels of inflammatory cytokine IP-10, increased expression of FAS, which have been shown to induce production of pro-inflammatory mediators, and increase in plasma levels of C3bc suggesting an ongoing systemic in vivo complement activation.