Cand.med. Ingvild Holdø at Institute of Clinical Medicine will be defending the thesis “Use of Alimemazine and Other Hypnotics in Infants and Toddlers. A pharmacoepidemiological study” for the degree of PhD (Philosophiae Doctor). 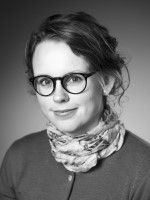 Many Norwegian infants and toddlers receive the hypnotic drug alimemazine (Vallergan©), a first-generation antihistamine not approved for the age group nor recommended in paediatric guidelines. Even if mostly unproblematic and often perceived as effective, alimemazine has an uncertain effect on sleep in small children and is known for adverse effects such as sleepiness and dizziness the day after.

The data shows that children of parents who had used hypnotic drugs or antidepressants before were more likely to have filled a prescription for alimemazine. Smoking among mothers, lower education, not being firstborn or having other illnesses were also related to being dispensed the drug. Also, children who received alimemazine were more likely to be diagnosed with ADHD when they reached primary school age, a risk not explained by other risk factors such as ADHD in the family. Among girls who had received alimemazine twice or more, there was a threefold increase in the risk. For boys, the risk doubled. It is unlikely that use of alimemazine as such causes ADHD but using the drug might be a proxy for infant sleep problems. The results of this study may indicate that children with early sleep difficulties have a higher risk of developing ADHD.