MD Leif Bjarte Rolfsjord at Institute of Clinical Medicine will be defending the thesis “Quality of life, stress and acute bronchiolitis in infancy and early development of atopic disease” for the degree of PhD (Philosophiae Doctor). 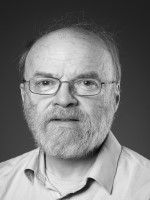 Acute bronchiolitis is the most frequent cause of acute hospital admission in the first year of life and increases the risk of asthma. We studied salivary cortisol and quality of life (QoL) in children included for acute bronchiolitis before one year of age to evaluate the association between stress and early asthma and atopic disease. Nine months after hospitalisation and for controls at the same mean age of 14 months, parents responded to QoL questionnaires. The parents took salivary samples for cortisol assessment before the first meal as soon as possible after the first awakening after 6:00 a.m., at inclusion and at two years of age, when we repeated the QoL survey. Saliva was frozen and sent to Karolinska Institute for radioimmunoassay.

Morning salivary cortisol among 203 children during hospitalisation for acute bronchiolitis was higher than among 155 control infants, indicating how the sick infants reacted to severe stress. By the age of two, somewhat paradoxically, lower levels of cortisol were associated with lower QoL in the bronchiolitis group, but not among the controls. Adjusting for a possible link in the causal chain, early asthma expressed as rBO, indicated that this association could partly be explained by asthma. RBO was associated with lower morning salivary cortisol at two years of age. Our findings indicate that the interaction between the hypothalamus in the brain and the pituitary and adrenal glands, the HPA axis, was weakened in these toddlers. This is in accordance with findings by others of a weakened HPA axis by asthma and allergic disease, independent of medication.