Cand.med. Jørgen Smeby at Institute of Clinical Medicine will be defending the thesis Molecular subtype-dependent impact of driver mutations in colorectal cancer for the degree of PhD (Philosophiae Doctor). 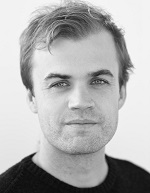 Colorectal cancer (CRC) is the second leading cause of cancer-related deaths worldwide. The treatment options for CRC remain limited, and diagnostic and therapeutic practices lack accuracy and predictive power. Despite extensive intertumoral heterogeneity most biomarker studies in CRC have investigated the pertinent markers across all CRCs, potentially contributing to the lack of translational success.

We performed integrated multi-level molecular profiling of primary CRCs to demonstrate the relevance of performing biomarker analyses within the biologically distinct gene expression-based consensus molecular subtypes (CMS) of CRC. First, we showed that BRAFV600E and KRAS mutations were associated with poor prognosis in microsatellite stable (MSS) CMS1 and CMS2/CMS3 tumors, respectively. This was biologically substantiated by differential effects of the mutations on gene expression according to CMS classification. TP53 mutations were associated with immune cell depletion exclusively in MSS CMS1 tumors, which translated into metastatic propensity and poor prognosis distinct to this group. Conclusively, novel subtype-dependent biological and clinical associations were discovered by analyzing extensively studied cancer driver genes within homogenous subgroups of CRC.

In a separate study, mutations in the splice regions of TP53 were detected in 4% of primary CRCs, causing aberrant transcript variants in the majority of cases and having similar effect on gene expression as coding mutations. TP53 splice mutations were associated with stage-specific higher relapse rates, warranting further scrutiny of the biological properties of these mutations.

Based on drug sensitivity data from an in vitro drug screen 9% of CRC cell lines were classified as sensitive to PARP inhibitors. Comprehensive pharmacogenomic analyses showed a clear association between preserved TP53 function and sensitivity, which was consistent at multiple molecular levels. This suggests that a subset of CRCs may be sensitive to PARP inhibition, but further optimization of predictive biomarkers is needed.