Cand.med Ane Løvli Stav at Institute of Clinical Medicine will be defending the thesis “Cerebrospinal fluid and imaging biomarkers of cognitive impairment in Parkinson's disease” for the degree of PhD (Philosophiae Doctor). 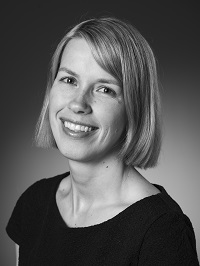 The University of Oslo arranges all public defences digitally this semester, thus the disputation will be held as a video conference over Zoom.

The public defence will follow regular procedure as far as possible, hence it will be open to the public and the audience can ask ex auditorio questions when invited to do so.

Parkinson's disease is a neurodegenerative movement disorder with cognitive symptoms with similarities to Alzheimer´s disease. Mild cognitive impairment affects 15-20 % of patients in early stage. 80 % develop dementia within 20 years. There is a lack of knowledge about the mechanisms. Aggregation of misfolded and neurotoxic proteins such as a-synuclein, amyloid-β and tau leading to synaptic dysfunction and neurodegeneration in the cortex may be involved. No preventive treatment is available yet, but should be applied early in the pathological process to prevent dementia. The aim of this thesis was to explore potential early diagnostic biomarkers of cognitive impairment.

Early Parkinson´s disease patients and normal controls underwent cognitive testing. Lumbar puncture was performed to collect cerebrospinal fluid (CSF) and analyze the levels of a-synuclein, amyloid-β, tau and neurogranin, which are thought to reflect the pathological changes in the brain. MRI was conducted to measure sizes of hippocampal subfields and cortical thickness. FDG-PET was completed to measure cortical glucose metabolism reflecting synaptic activity.