Cand.med. Maren Cecilie Strand at Institute of Clinical Medicine will be defending the thesis “Methadone and buprenorphine effects on driving abilities” for the degree of PhD (Philosophiae Doctor). 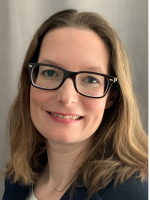 Driving under the influence of drugs and alcohol are major contributors to the high frequency of road traffic crashes globally. Methadone and buprenorphine are among the twenty drugs most frequently detected in apprehended drivers suspected of drug driving in Norway.

A systematic literature review was performed to summarize the current knowledge regarding crash risk and impairing effects on driving after administration of methadone and buprenorphine.

The review found indications of increased crash risk in male patients treated with methadone and increased odds ratio for being responsible for the crash in injured drivers exposed to either methadone or buprenorphine. Previous experimental studies revealed at least some traffic relevant impairment in drug-naïve subjects after single doses of methadone and buprenorphine, but few such studies have been performed and none tested actual on-road driving.

Furthermore, a clinical trial including an actual on-road driving test was performed to investigate whether analgesic doses of methadone and buprenorphine caused traffic relevant impairment in healthy volunteers. The trial showed some dose-dependent effects of both drugs on driving related skills, even though the administered doses are considered to be low. However, few drug concentration-effect correlations were found: some for buprenorphine but not for methadone. Mild effects on driving and driving related skills were measured, but large individual variations were observed; e.g. some subjects terminated the driving test due to sleepiness.

The results should be known by doctors prescribing opioids to inform and warn the patients with regards to safe driving or workplace situations. Furthermore, knowledge on driving impairment after opioid prescription is important for health authorities when establishing guidelines for pain treatment and health requirements for driving license.