Cand.med. Torkjell Nøstdal at Institute of Clinical Medicine will be defending the thesis “Postoperative Fatigue; Assessment and Clinical Implications” for the degree of PhD (Philosophiae Doctor). 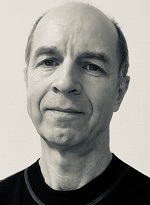 Fatigue is common in the general population (10-20%), but is markedly higher within a wide range of diseases and conditions. Treatment of a disease may also induce or augment fatigue. Despite the high prevalence of fatigue, we know little of its cause. Possibly, fatigue may be a normal, biologically sound response; signalling a need to rest.

After day-surgery, fatigue may be a major problem and an important determinant of time to complete recovery. Postoperative fatigue (POF) may impede recovery with an influence similar to that of postoperative pain.

The primary aim of this project was to study whether choice of anaesthesia would result in differences in fatigue. We performed a randomised study in 123 patients undergoing laparoscopic cholecystectomy, comparing POF after anaesthesia with propofol or desflurane. We found no difference in postoperative fatigue between the two anaesthetic regimens. Choice of anaesthetic regimen may be made without consideration of a potential impact on fatigue.

The project also included a validation of three commonly used questionnaires considered suitable for assessment of POF. The POF scales all proved to be valid for research on POF and surgical recovery. We could also present a 10-item, abridged version of the most extensive, 31-item scale.