Cand.med. John Moene Aalen at Institute of Clinical Medicine will be defending the thesis Insights into left ventricular dyssynchrony: Consequences for myocardial function and response to cardiac resynchronization therapy for the degree of PhD (Philosophiae Doctor). 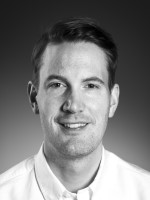 Left bundle branch block (LBBB) is a common finding in clinical cardiology practice and may lead to or worsen heart failure. During LBBB, there is typically reduced function in the early-activated interventricular septum and compensatory increased function in the late-activated left ventricular (LV) lateral wall, but the effect of LBBB on global LV function is incompletely understood. In LBBB patients with symptomatic heart failure, cardiac resynchronization therapy (CRT) is indicated, but about one third of patients do not respond.
The aim of the present thesis was to study the effect of LBBB on LV function during increased blood pressure and ischemia, and to find a better method to select CRT candidates.
First, we found that patients with LBBB were hypersensitive to a moderate blood pressure increase as this caused a substantial reduction in LV ejection fraction, which was approximately twice of what was seen in age-matched controls. The underlying mechanism was septal dysfunction.
Second, we found that septal dysfunction in LBBB is highly dependent on contractions in the lateral wall. Thus, during lateral wall ischemia, septal function was markedly improved.
Third, in a prospective multicenter study, we demonstrated how the presence of marked septal dysfunction with compensatory lateral wall hyperfunction identified patients who responded to CRT with added value to current guidelines. The mechanism of CRT response was increased septal function and consequently patients with septal scar responded poorly.
Overall, the findings in the thesis improve understanding of heart failure and CRT response in patients with LBBB.