MD Jakob Rasmussen Skalleberg at Institute of Clinical Medicine will be defending the thesis “Long-term ototoxicity after cisplatin-based chemotherapy. A study of long-term hearing loss and tinnitus in patients after receiving cisplatinbased chemotherapy” for the degree of PhD (Philosophiae Doctor). 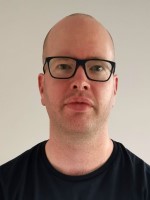 Since the 1980’s, Cisplatin-based chemotherapy (CBCT) has become a cornerstone in the treatment of several malignancies such as testicular and ovarian cancer. Along with excellent long-term survival, long-term side effects have become an increasingly important factor regarding treatment and counselling. Ototoxicity is a well-known side effect that initially affects high-frequency hearing. So does age-related hearing loss (ARHL), but little is known about the effect of ARHL in patients who have received CBCT.  An additional effect of continuous ototoxic damage long after CBCT has been hypothesized since elevated cisplatin levels were demonstrated in serum up to 20 years after treatment.

The aim of this thesis is to evaluate the long-term effects of ototoxicity in patients treated with CBCT, controlling for expected ARHL with ageing. Survivors of testicular and ovarian cancers participated in follow-up surveys up to 30 years after treatment. Tests included audiometry, self-reported hearing and speech perception tests both in quiet conditions and in background noise. Results were compared to controls and/or age-matched general population.

We confirmed high-frequency hearing loss after CBCT but found that most survivors had limited age-adjusted hearing loss 30 years after treatment, which differed only slightly from controls. Further, we showed that speech perception was similar to controls both in quiet and with background noise. The degree of self-reported hearing loss was in accordance with the test results. This indicates a limited clinical relevance of CBCT-related hearing loss 30 years after treatment, however with inter-individual differences. Longitudinal series of audiograms demonstrated that after the initial CBCT-related high-frequency hearing loss, hearing thresholds approached the age-matched general population with long-term follow-up, possibly due to a “less-than-additive” effect with ARHL. The findings are relevant for the counselling before CBCT.