MSc Anja Valen at Institute of Clinical Medicine will be defending the thesis Psychoactive substance use and other driver-related risk factors of road traffic injury: An epidemiological study of associations, trends, and crash characteristics for the degree of PhD (Philosophiae Doctor). 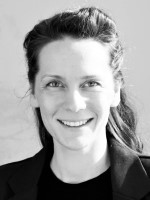 Road fatality numbers in Norway are low compared to most other countries, and decreasing. Since 2001, the road safety work has been based on a stated vision of zero lives lost. In order to further adapt the preventive measures, recent risk factors and trends must be investigated in-depth.

The aims of this thesis were to investigate relations between impairment from alcohol or drugs and other risk factors of road traffic injury, study crash characteristics, and to reveal trends in use of alcohol, drugs and other common unsafe driving behaviours. Due to a relatively low number of fatal crashes in Norway, drivers arrested by the police on suspicion of drug/drink-driving were included in order to investigate trends in substance use that could predict trends among drivers at high risk of crash involvement.

The results are based on information from more than 100,000 drivers arrested by the police and 1,220 drivers killed in road traffic crashes.

The prevalence of alcohol declined among all age groups of drivers. Amphetamine increased among the oldest and declined among those <30 years. Cannabis increased among all age groups, but most among young drivers. Drug or alcohol concentrations above limits corresponding to a blood alcohol concentration of 0.5 g/kg were found to be associated with non-use of a seatbelt, speeding prior to the crash, and the lack of a valid driving licence. A substantial proportion of all killed drivers, including those sober, had not used a seatbelt or had been speeding inappropriately prior to the crash, but the proportions showed a decline towards 2015. Head-on crashes remained at 54%.

Decreasing proportions of drink-driving and of speeding and non-use of seatbelts have accompanied the decreasing number of deaths from road traffic crashes in Norway in 2005-2015. Death rates did not decline accordingly among female and older drivers. For those, other measures should be sought. More should also be done to prevent the likelihood of head-on crashes.