Cand.med. Kirsten Wedervang-Resell at Institute of Clinical Medicine will be defending the thesis Immune and metabolic markers in early-onset psychosis for the degree of PhD (Philosophiae Doctor). 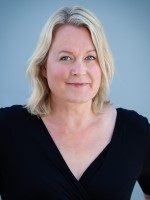 Psychotic disorders typically emerge in adolescence or early adulthood, coinciding with neurodevelopmental changes. Research has provided increased knowledge about genetic and environmental risk factors for psychosis; however, the molecular underpinnings remain elusive. Adolescents with early onset psychosis (EOP) are of particular importance to psychiatric biomarker research as they have lifestyle-, illness related- and somatic comorbidity confounders to a lesser degree than adult patients with psychosis, as well as a larger genetic contribution.

In the three studies comprising this thesis, we explored baseline data from the ongoing naturalistic longitudinal case-controlled study the Thematically Organized Psychosis Study for Youth (Youth-TOP).  We investigated whether adolescents (aged 12-18 years) with EOP feature alterations in peripheral metabolic and immune markers after control for potential confounders. Additionally, we explored whether any alterations were significantly related to subgroups with specific clinical characteristics.

In study I, we found that patients with EOP (n=39) had increased levels of  triglycerides (TG) and the total cholesterol/high-density lipoprotein-cholesterol (TC/HDL-C) ratio compared to HC , after control for BMI and lifetime exposure to antipsychotic (AP)-medication. Patients with high levels of negative symptoms had higher levels of TG compared to those with a low negative sum score. In study II, we showed that adolescents with EOP (n= 31) exhibited higher peripheral levels of the pro-inflammatory cytokine IL-18 without altered levels of IL-18BP, IL-18R1 and IL-18RAP, independent of exposure to AP-medication and smoking habits. Furthermore, in the patients with EOP, cortisol levels and perceived depressive symptoms independently contributed to the variance in IL-18/IL-18BP ratio, an indicator of IL-18 system activity. In study III, we found that patients with EOP (n=37) had reduced levels of the vascular adhesion molecules, sVCAM-1 and sP-selectin. However, expression of PSEL mRNA in peripheral blood mononuclear cells showed a significant large negative correlation with duration of illness; hence imply that levels of P-selectin may fluctuate with psychotic stage.

We concluded that the increased levels of TG, TC/HDL-C ratio and IL-18 system activity were in atherogenic direction, suggesting contribution to a long-term increased cardiovascular disease (CVD) risk in EOP. These findings suggest a pro-inflammatory component in EOP, independent of confounders, early in the course of the psychosis. Despite pro-inflammatory activity and lipid profile alterations in atherogenic direction, we found that patients with EOP have reduced levels of endothelial adhesion molecules. This infers support to a neurodevelopmental model of psychosis, as adhesion molecules are involved in communication across the blood brain barrier. Together the preliminary findings suggest heterogeneity in pathophysiological underpinnings in different subgroups of the patients with EOP, and the relationships found provide directions upon which new hypotheses may be constructed. For instance, lipid biology might be more related to negative symptoms, IL-18 activity may be related to HPA-axis activation and depressive symptoms, whereas P-selectin may be a marker that fluctuate with psychotic stage. The findings also warrant clinical attention, as early detection and timely adequate prevention and treatment of CVD risk factors in adolescents with EOP may prevent progression into future CVD.