MSc Anne Berit Bech at Institute of Clinical Medicine will be defending the thesis “Mortality during opioid agonist treatment in Norway: a comprehensive study of the years 2014-2015” for the degree of PhD (Philosophiae Doctor). 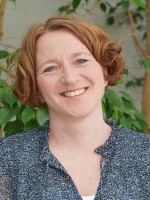 Although opioid agonist treatment (OAT) substantially reduces morbidity and mortality in individuals with opioid dependence, mortality is still higher than in the general population.

In this thesis, the main aim was to explore mortality and causes of death among patients receiving OAT who died during treatment in 2014 and 2015. The studies were cross-sectional, and data were collected from hospital records, the Cause of Death Registry, the Norwegian Patient Registry and autopsy reports.

Two-hundred patients died. The mean age at the time of death was 49 years, and 74% were men. The crude mortality rate was 1.4 per 100 person years. Physical diseases (e.g. cancer, and cardiovascular and pulmonary diseases) were the most common causes of death (45%), followed by drug-induced deaths (42%) and violent deaths (12%).

A median of four substances was detected post-mortem. The pooled opioid (i.e. morphine-equivalent) concentration of various opioids was twice as high in drug-induced deaths compared with other causes of death (P < 0.001), while the pooled benzodiazepine (i.e., diazepam-equivalent) concentrations did not differ by cause of death (P = 0.353). In regression analysis, only pooled opioid concentration was independently associated with overdose as the cause of death (adjusted odds ratio = 1.003, 95% confidence interval = 1.001-1.006). Thus, the total opioid concentration seemed to play the most important role in overdose deaths.

To conclude, both somatic and drug-induced cause of death were common in patients receiving OAT. In addition to overdose prevention, improved screening, treatment and follow-up of physical diseases are therefore essential.