MD Michael Durheim at Institute of Clinical Medicine will be defending the thesis “Clinical outcomes and their determinants in fibrotic interstitial lung disease” for the degree of Dr.Philos. (Doctor Philosophiae). 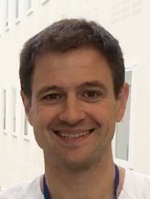 Trial Lecture over a chosen topic

Trial Lecture over a given topic

See Trial Lecture over a given topic.

This thesis addresses questions related to disease progression, mortality and HRQL outcomes in fibrotic ILDs. The studies were based on secondary analysis of prospective clinical trials, prospectively collected registry data, and a prospective cohort study.

The second study demonstrates that the risks of operative mortality and post-operative respiratory failure were generally moderate, but were higher among patients with poorer diffusion capacity (DLCO), those treated with corticosteroids and those with pulmonary hypertension.

In the third study, ILD-specific HRQL appeared to be worse in IPF than in systemic sclerosis-associated ILD, but similar after accounting for lower lung function in IPF, suggesting that lung function impairment is a primary driver of ILD-specific HQRL across multiple fibrotic ILDs.

The fourth study demonstrates similar decline in lung function, but substantially greater risk of mortality among patients with lower lung function at the time of IPF treatment initiation, as compared with patients with more moderately impaired lung function. This further highlights the importance of clinical events in addition to lung function endpoints in assessing the effect of ILD treatment.

These studies confirm the importance of a multifaceted approach to assessing disease status, progression and mortality risk in fibrotic ILDs.